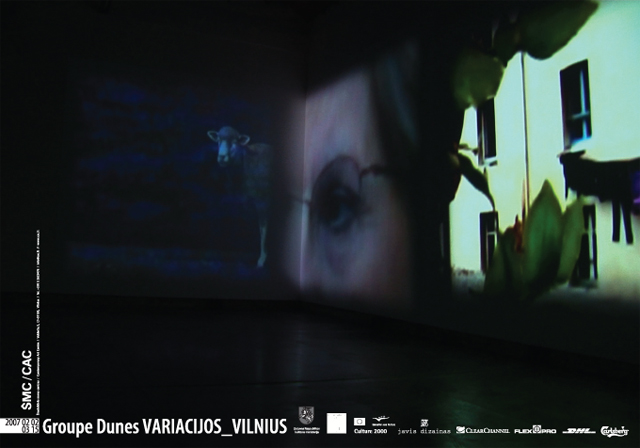 Data manager:
Luccio Stiz
For several years, Groupe Dunes have been re-creating a singular – visually impressive – work that defies art/media categorisation. It makes the audience wonder whether its authors are, filmmakers, town-planners, or choreographers. And if its content conceptual, critical, political or principally based on perception? It probably embodies all of this at once. Despite its unclassifiable nature it is a complex artistic endeavour that provokes corporeal experience and flights of imagination.

Nighttime and darkness are essential ingredients for the visibility of the many video images projected in these installations; as is the soundtrack that influences its spatio-temporal reading.

A story without history. A kaleidoscopic story.
On first sight it seems that this work belongs to ‘cinema as exhibition’; the film unfolds itself in an open environment in which, according to art historian Jean-Christophe Royoux, ‘the area of screening is gradually redefined as a dynamic, tactile and modifiable space in which the artist imagines and insures that the spectator is no longer riveted to their seat, but is invited to become mobile and assume a viewpoint in the spatial sense of the word’.
–Françoise Parfait

In Vilnius, the audience will walk through a scenography of light, video images and sounds; produced by Madeleine Chiche and Bernard Misrachi to match the scale (1000 square metres) of the Contemporary Art Centre’s largest exhibition hall.
Realized in cooperation with Contour/Passage. 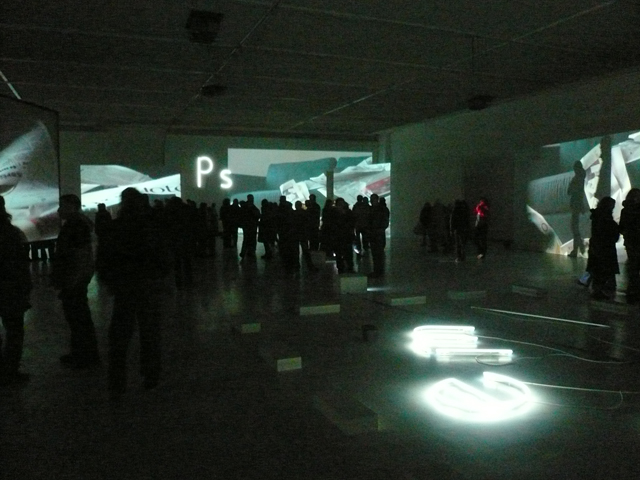 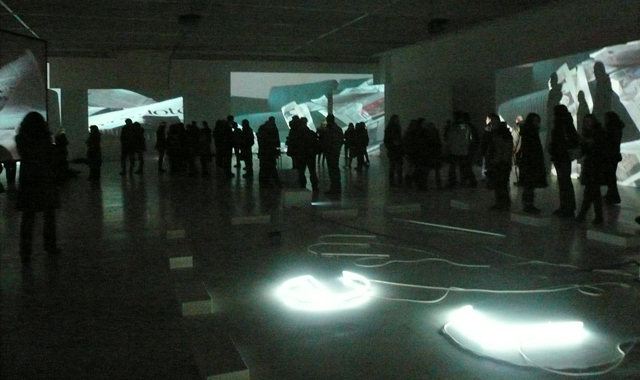 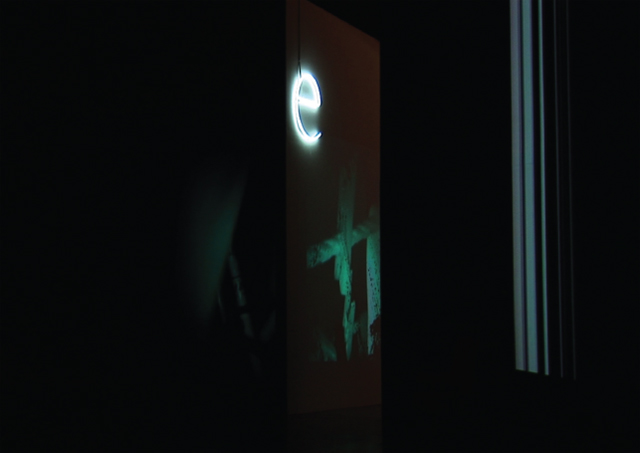 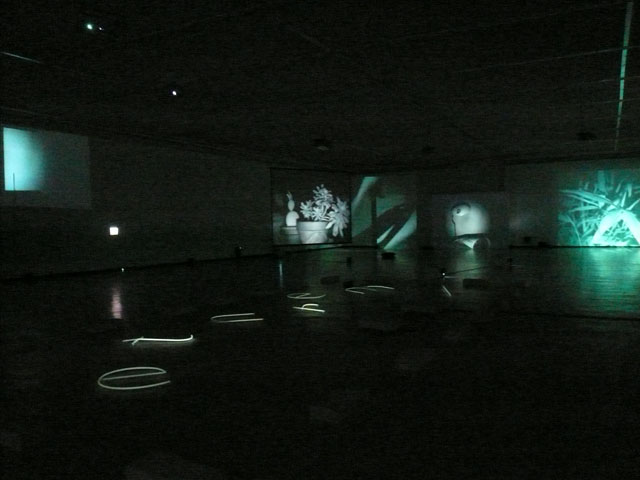