Keep Me In Mind 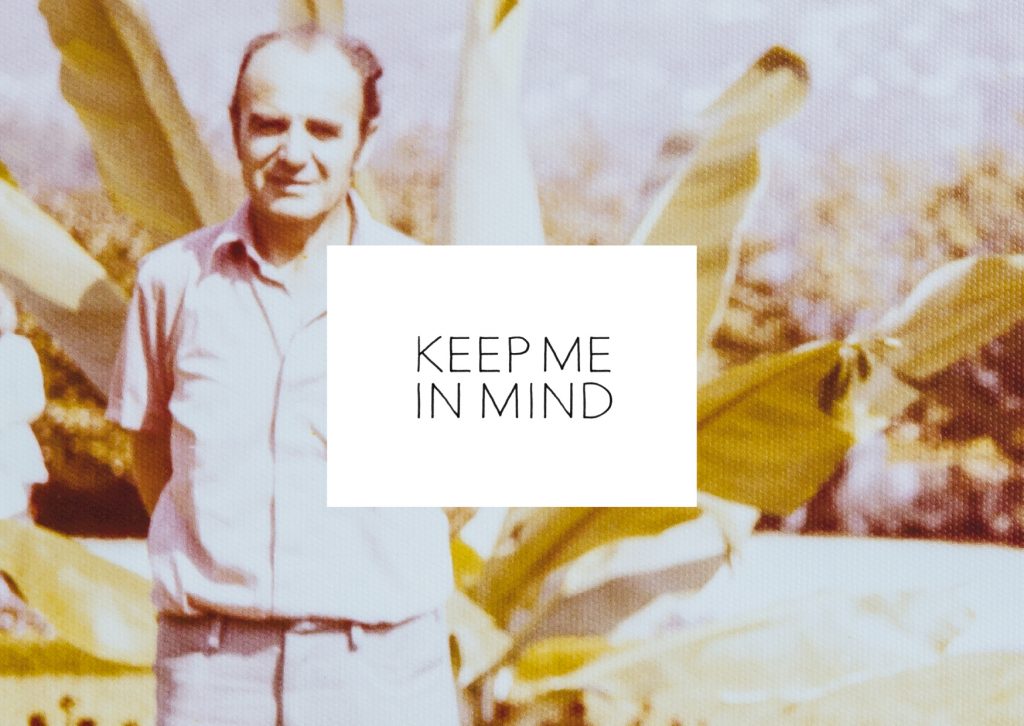 The performance KEEP ME IN MIND retells the life stories of Benjamin Ginzburg, Miriam Kremin, Josef Künstlich, Ester Liber, Leakadia Szlak, Siegfried Teller, and Sara Zamir – seven survivors of the Shoah. The relaying and passing on of drawings, photographs, and a few cherished personal belongings allow for a vivid and palpable encounter with the life experiences of these European refugees, as they enter the storytelling canon of the collective consciousness.

Director Christina Friedrich spent two years in Haifa living and working with the survivors. From that time she collected seven envelopes of survivors’ drawings. Together with the designer and artistic partner Michael Brauchli, Friedrich devised a simultaneously physical and narrative means of conveying them to others.

The envelopes and the drawings they contain will be duplicated several thousand times, opened, and retold in Berlin, Vilnius, Brussels, Warsaw, Marseille, Venice, and London. Cities that have marked the life stories of the seven narrators from Haifa, but which they can no longer reach.

Using different teams of messengers in each city, Friedrich and Brauchli recreate and adapt the seven biographies, with members of the audience becoming participants and future messengers at once. As a result, the museum becomes a place of transit and the lost stories are reclaimed by the city.

The works on paper chart an imaginary mind-map. The messenger, familiar to us from oral history, comes of age here as a narrator. In the KEEP ME IN MIND performances, what started out as an artistic investigation transforms into a narrative intervention that amplifies steadily over time and is boundless in its capacity to move and inspire.

‘Bereft of any trace of commemorative kitsch and the rhetoric of gushing sentiment, the survivors’ stories and testimonies are profoundly moving, be they in the form of drawings that attempt to capture the horrific events or, like the snapshot from the chairlift in the Alps, photographs taken after the war which seem to reflect the resumption of normality. Also convincing is the use of messengers to convey the survivors’ memories. (…) The act of witness cannot be passed on, but the survivors’stories – no matter how fragmented – can. It is possible to remember real people, it is possible to keep them in mind.’

‘Turn over the stone that has placed itself on top
on top of the dead and the living.’

‘The interweaving of biography and topography
to represent a continent.’

Made possible thanks to the German Federal Foreign Office, Heinz und Heide Dürr Stiftung, Sparkasse Mittelthüringen, The Foundation Remembrance, Responsibility and Future and the German-Israeli Association. 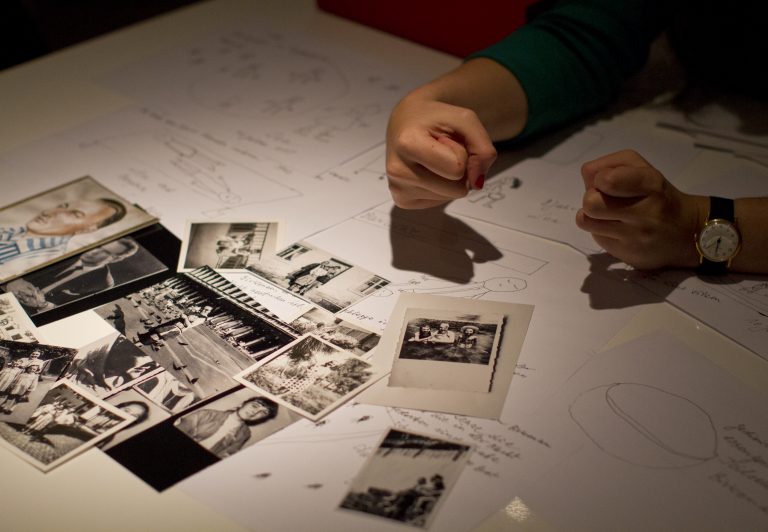 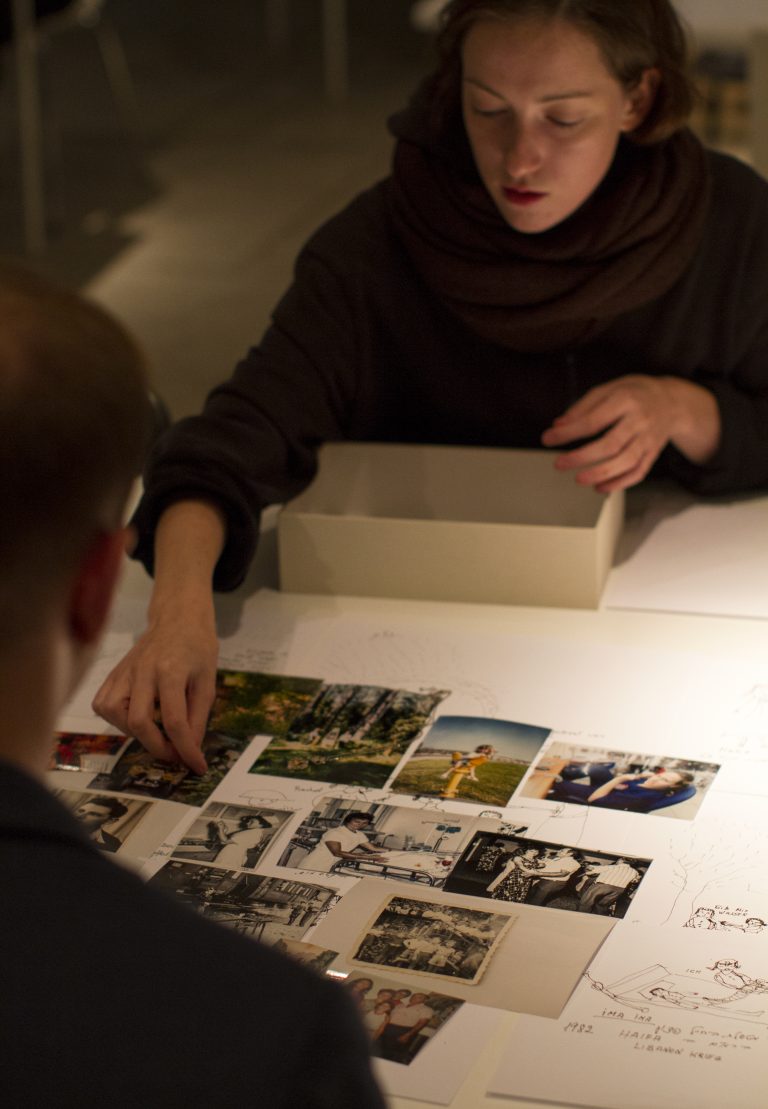 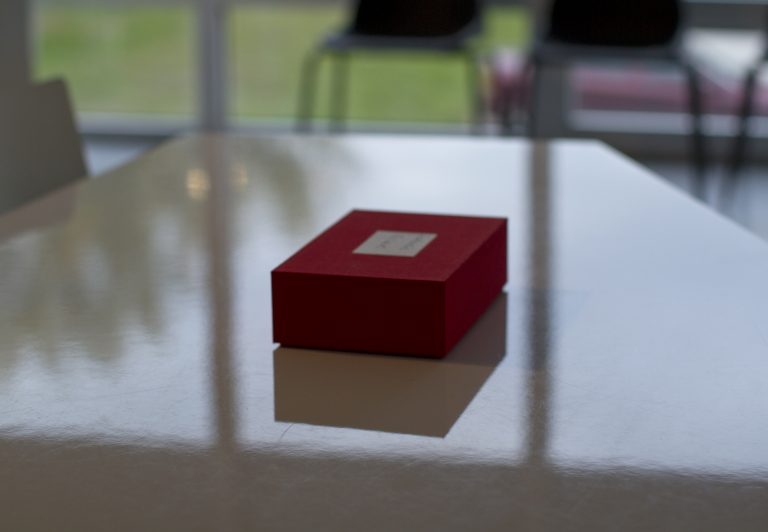 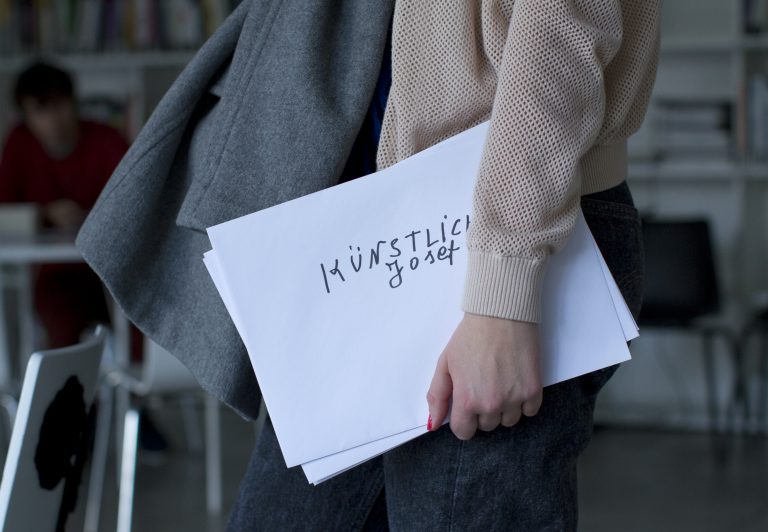 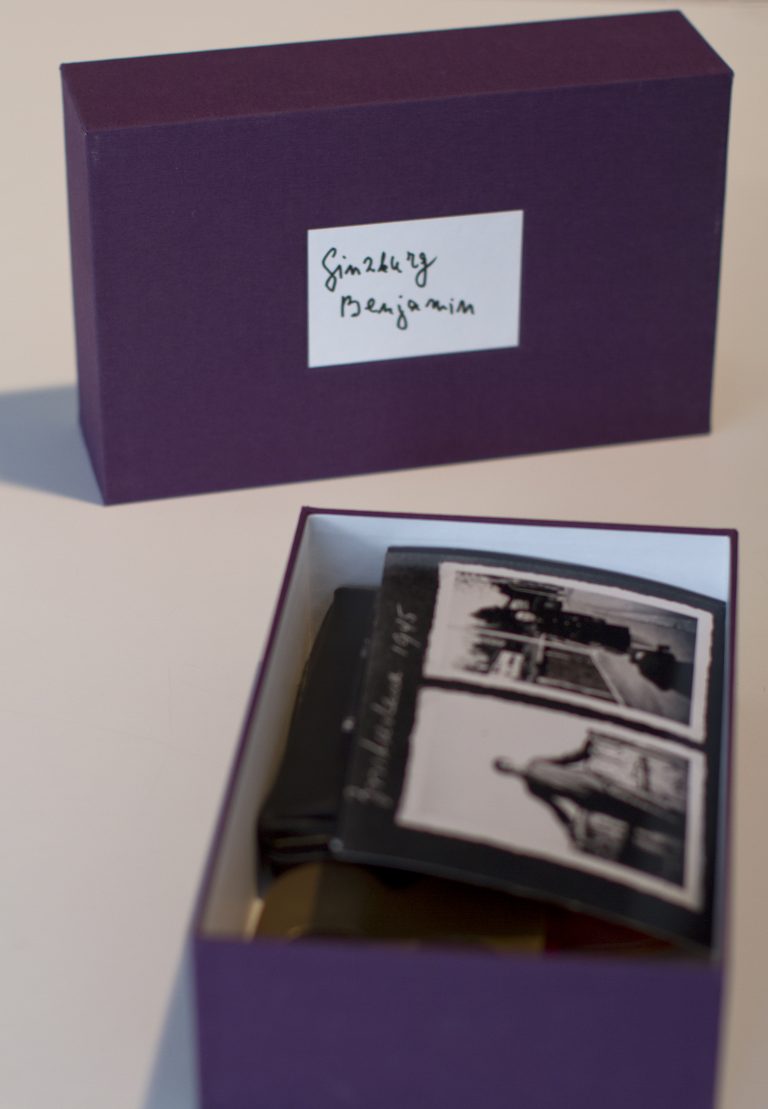 Keep Me In Mind
Close 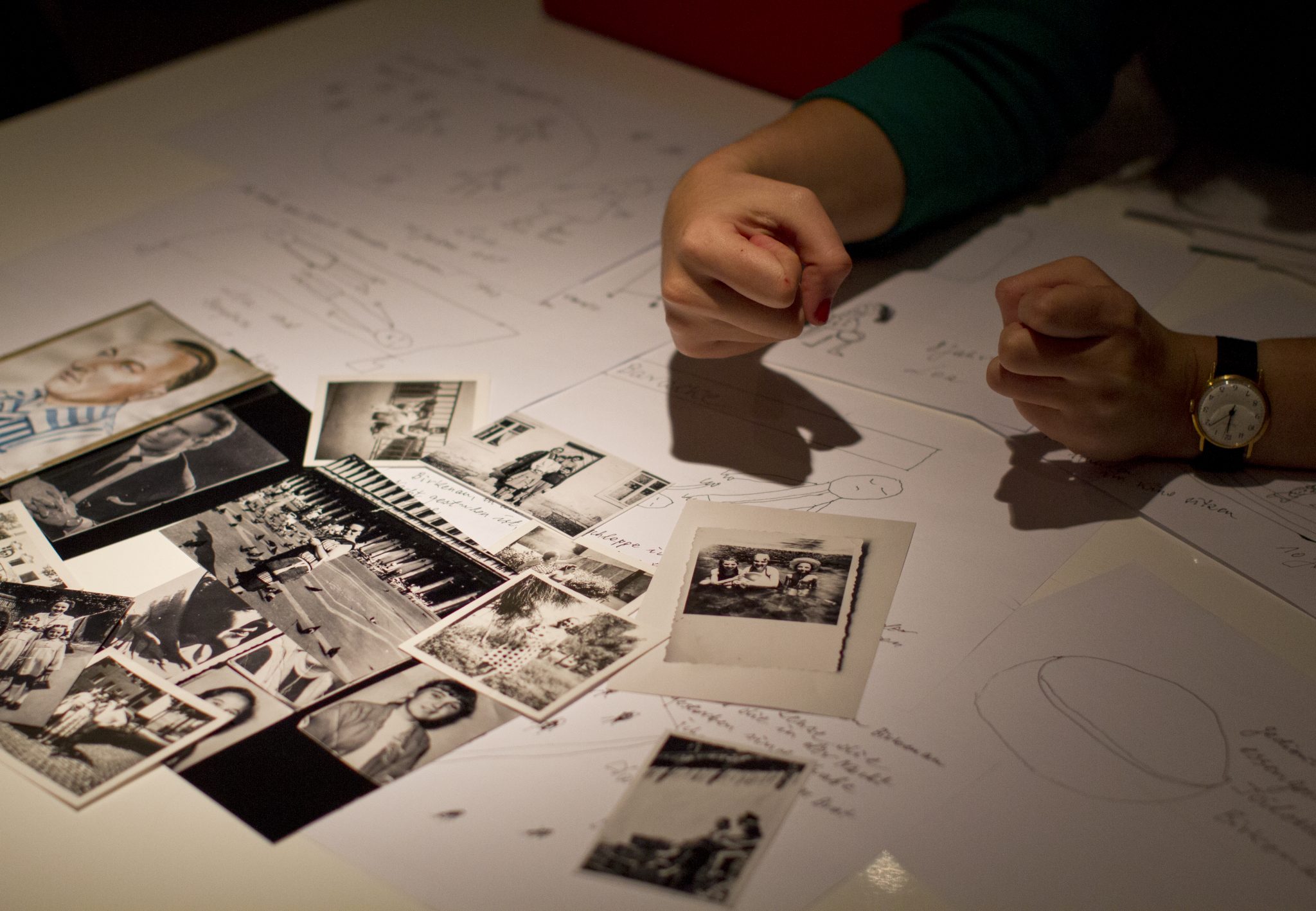 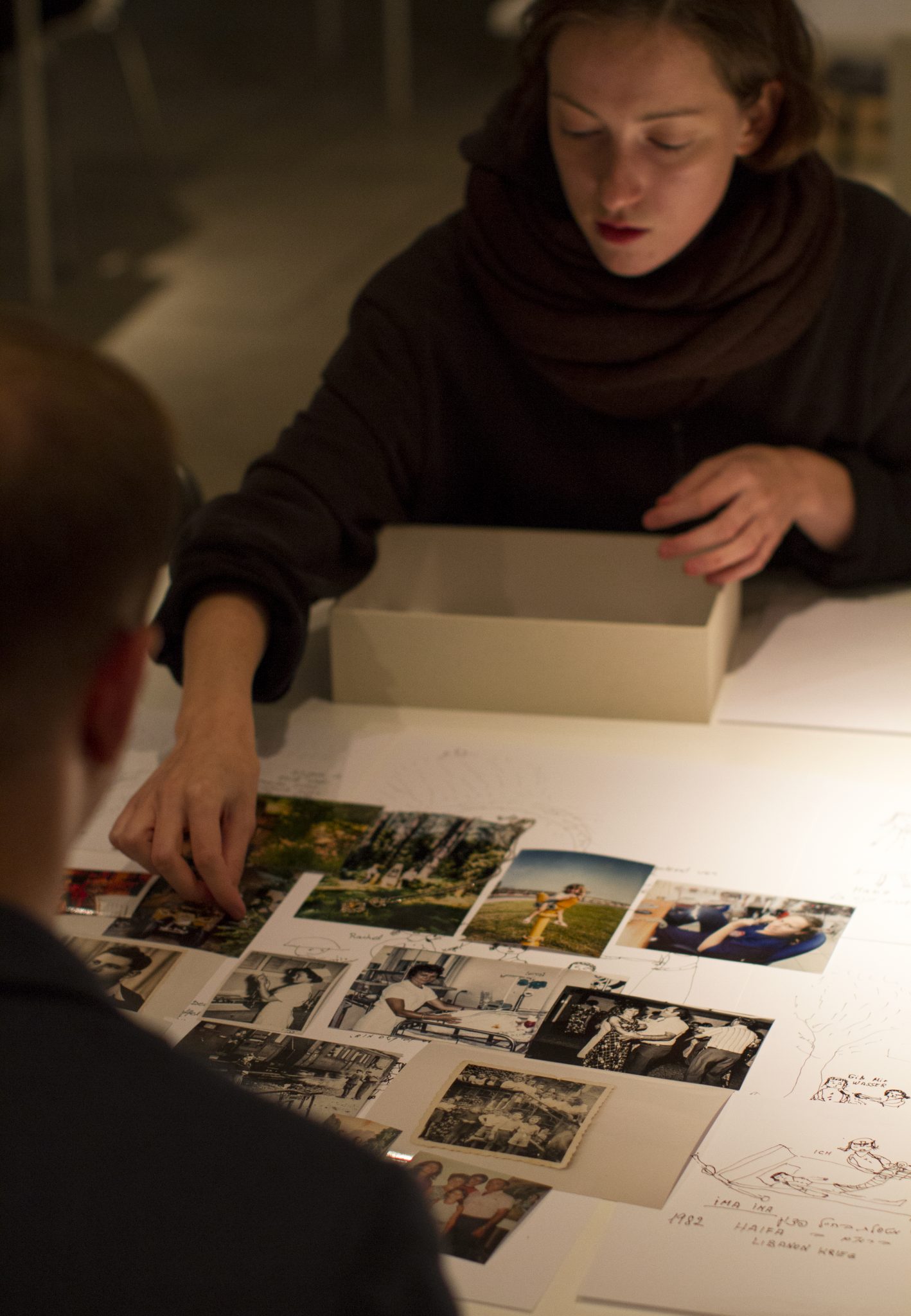 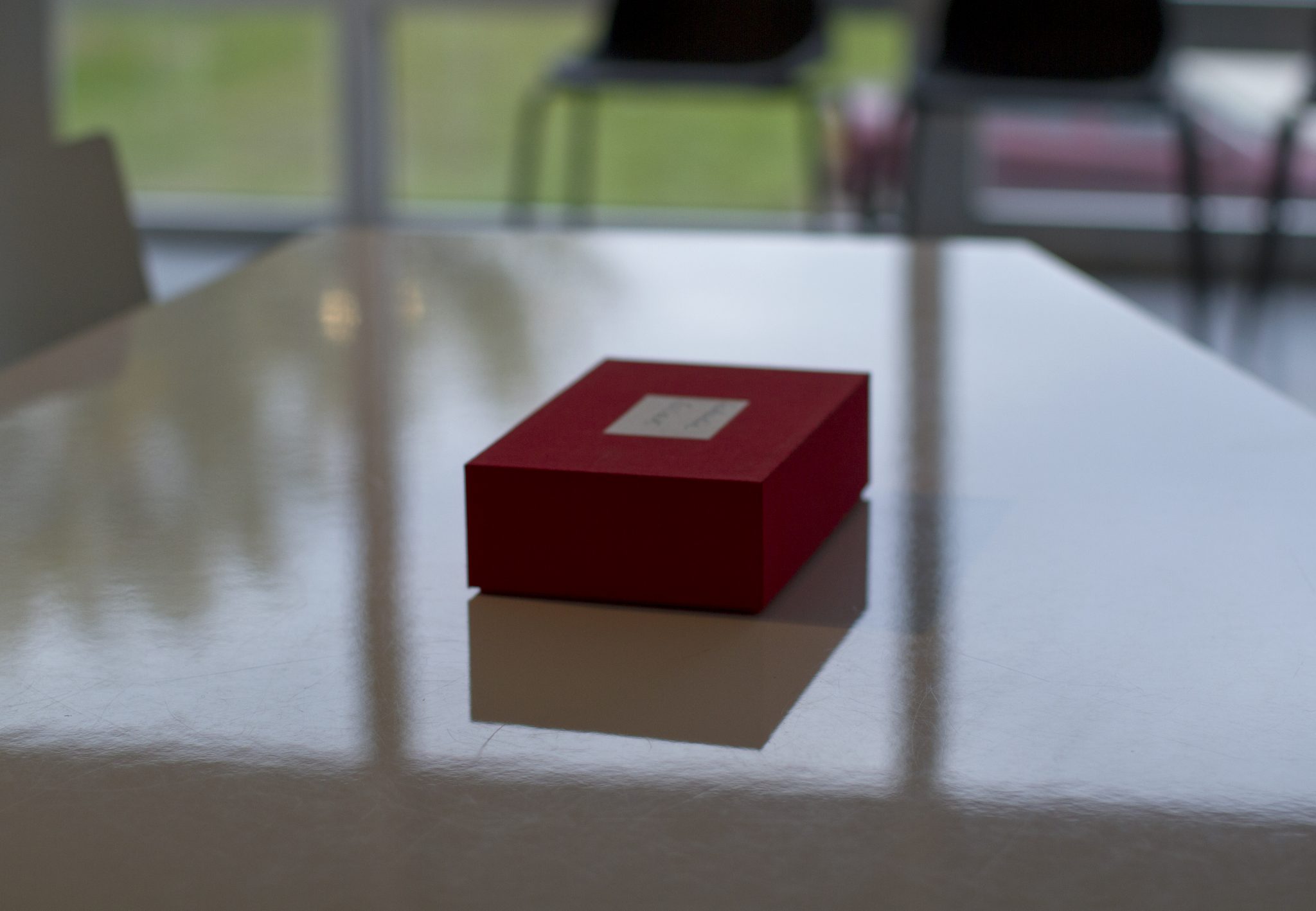