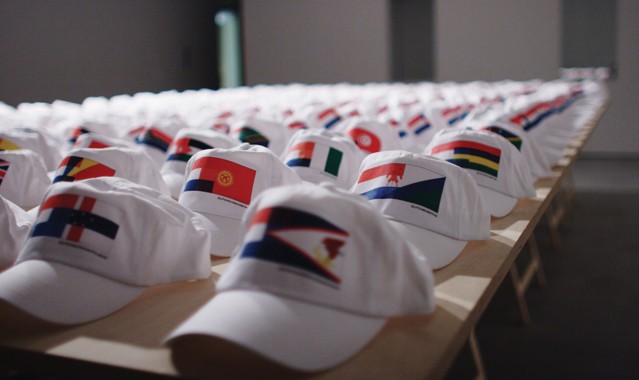 The movement of people has shaped history and transformed the boundaries of countries. Lithuania’s borders have changed dramatically throughout the years and its people have consequently experienced different levels of mobility. During Soviet times there were severe constraints on travel as well as phases of mass displacement to destinations throughout the Soviet Union. In recent history there has been extensive forced economic migration; major cities such as London and New York have large Lithuanian communities and there are an estimated 100 000 Lithuanians living and working in Ireland. With this comes the benefits of increased income and new experiences, but there are many difficulties such as a loss of identity and bureaucratic pitfalls such as not qualifying for welfare.

For On Mobility Multiplicity look at the effects of forced migration on Moroccans and Judi Werthein prepares Mexicans for the treacherous jump across the border. Alicia Framis presents hats featuring the flags of new fused-nationalities and her film of a bank in the Netherlands and Castro/Ólafsson record tales from Icelandic immigrants as they journey through a fish factory.

Movement in the past fifteen years has not all been forced; cultural migration has played an important part in the Lithuanian art scene. In the last decade many prominent Lithuanian artists took up residencies and travel bursaries to explore beyond their country limits bringing back new knowledge and approaches. For many, however, there are numerous reasons to move – from financial to familial. Trough the travel agents’ windows or magazines, as in the paintings of Patricija Jurksaityte, or the international brands, featured in Andrew Miksys’ photographs of the mall hypermarket, the outside world can travel to you. Sean Snyder’s work questions imported information through the press and Bik Van der Pol propose models of movement for the future.

This is the third stop in the relay-exhibition On Mobility. From De Appel in Amsterdam it travelled to BüroFriedrich in Berlin. After Vilnius it will move to Trafó / Stúdió Galéria in Budapest before returning to Amsterdam. Each venue will exhibit a selection of work from the previous incarnations and add four new participants. Upon returning to Amsterdam, the show will consist of a completely different group of artists chosen by the partner institutions.
www.onmobility.net

This project is supported by the Culture 2000 programme of the European Union and the Netherlands Culture Fund (HGIS-Cultuurprogramma). 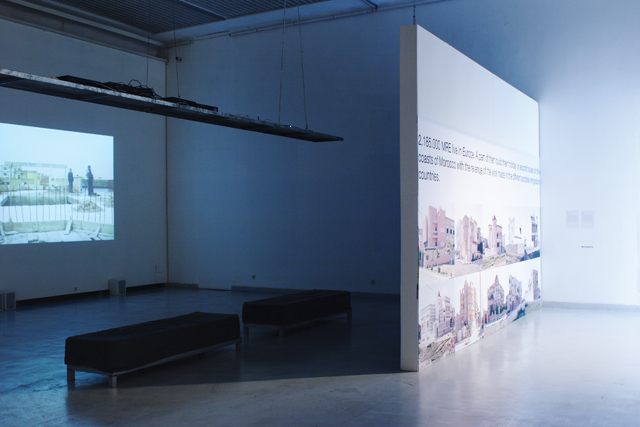 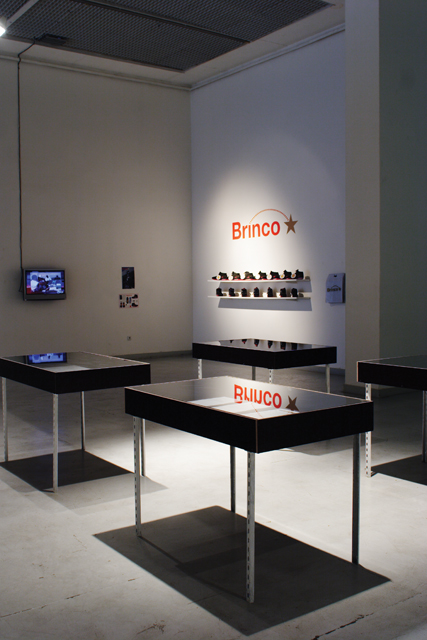 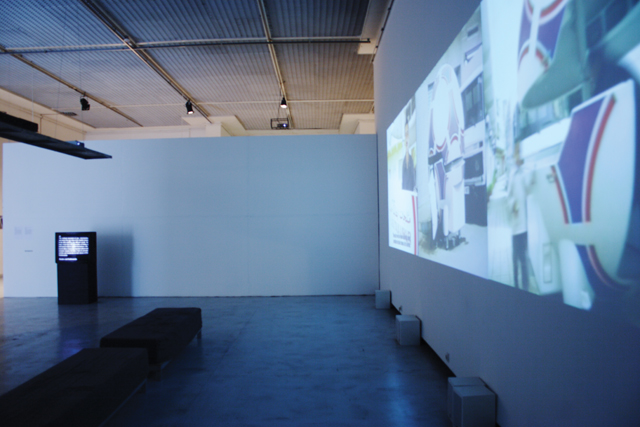 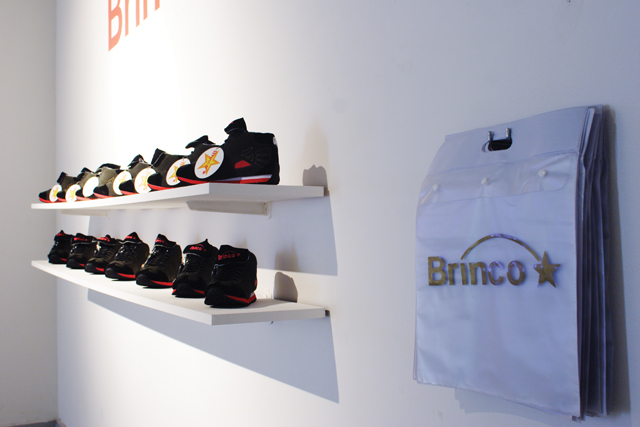 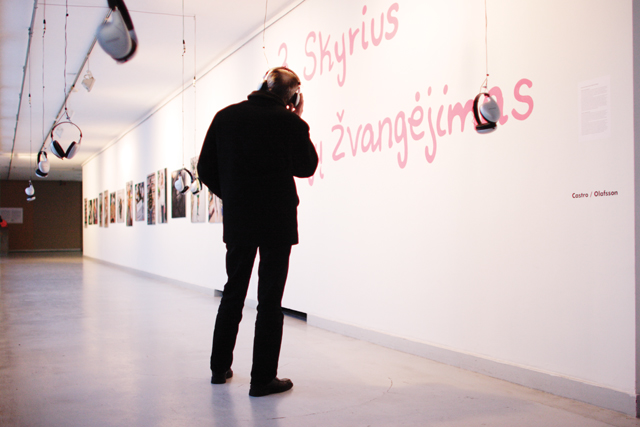