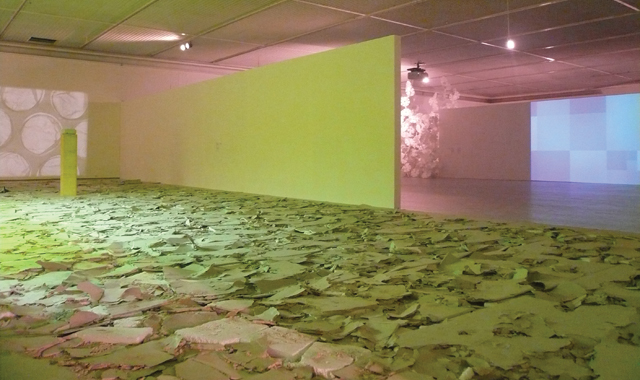 For art in Berlin, the years of upheaval between 1989 and 1999 brought drastic changes. Not only did a new generation of artists from East and West Berlin emerge at the end of the 80s, the city also became more and more a centre of attraction for artists from other parts of Germany and abroad. In the course of reconstructing the city, numerous sites which could be used temporarily were found and then occupied by artists and artist projects. The non-institutional structures which emerged contributed considerably to the multiplication and acceleration of art production. This development took place on what was originally wasteland and in ruins and un-renovated buildings in Berlin-Mitte, or downtown Berlin. In the course of the 90s Berlin-Mitte then became a centre of attraction for a new art and gallery scene that settled in the reconstructed apartment buildings and lofts.
Various exhibitions about contemporary art in Berlin have focused on the latest developments emerging from the charged arena where art, architecture, film, fashion, design, and club meet, which the many artists who moved to Berlin in recent years helped to shape. In addition to these developments, the Institue for Foreign Cultural Relations (ifa) exhibition also takes into account the artistic positions that were being generated in the 80s, ones that prepared the ground for the extraodinarily diverse composition that is art in Berlin today.

The selection of the presented artistic positions is oriented on the following developments: With the first public appearance of artists like Maria Eichhorn, Eran Schaerf, or Fritz Balthaus there was a change in the image, which had been widespread until the late 80s, of art in (West) Berlin being dominated by painting. The artists, many of whom were still studying at the art academies of Berlin at the end of the 80s, reflected positions in their art which had already gained acceptance on an international level, but in Berlin had received little attention. Conceptual tendencies, contextual art, and space- and site-related ways of working were given priority.
Of the artists from the Eastern part of the city, especially those from the group of »Autoperforationsartisten« — (e.) Twin Gabriel, Via Lewandowsky, Rainer Görß, and Micha Brendel — got national attention around 1990. They were part of the young art and music scene which had developed at the end of the 80s outside of the state structures of the GDR. Processual art, installation, and performative trends mark this radical change in East German art.
In the early 90s only a few galleries and institutions showed the works of the younger artist generation from East and West who took a conceptual approach and reflected on the art system or worked with performative and process-based structures. These included Zwinger Galerie, Wewerka & Weiss Galerie, and Galerie Vincenz Sala in West Berlin and Galerie Weisser Elefant, Galerie vier, and o zwei in East Berlin, as well as Künstlerhaus Bethanien and Neue Gesellschaft für Bildende Kunst (NGBK).
In the course of the 90s spaces of temporary use, transitory situations in non-commercial structures, were found for the situation and site-specific way of working which had already been established in the 80s in West Berlin and which was decisively represented by the artists of »Büro Berlin«. Works which took the site and its modalities into account were presented in shops, cellar spaces, and empty apartments. Close connections were formed with the club scene, whose ambiance and musical trends effect the visual arts.
The exhibition ‘Quobo’ presents works of artists who have worked in the context in Berlin outlined here and who emerged especially in the years between 1989 and 1999. Sculptural ensembles by Ulrike Grossarth and Eran Schaerf which relate to the spatial situation in which they are shown are presented in the exhibition. Maria Eichhorn, Monica Bonvicini, and Carsten Nicolai involve the exhibition visitor in their works which require viewer participation. Annette Begerow and (e.)Twin Gabriel work with real-time systems which on the one hand are computer generated, and on the other are biological. The works by Fritz Balthaus and Adib Fricke reflect on the art system by on the one hand addressing the subject of the conditions of production as well as perception and, on the other, that of the forms of art distribution. The protonym ‘Quobo’ which Adib Fricke created for the exhibition thus serves as the show title and Internet address, and it appears in the design specified by the artists on the tickets as well as on posters and invitations. Karsten Konrad, »Inges Idee«, and Albrecht Schäfer react to particular places and spaces in their work. To present this way of working in this exhibition different forms of implementation were chosen by the artists. The environments by Laura Kikauka come about in direct connection with her activities in the club scene; aspects of club life are also staged in the film and photography projects of Nina Fischer and Maroan el Sani. 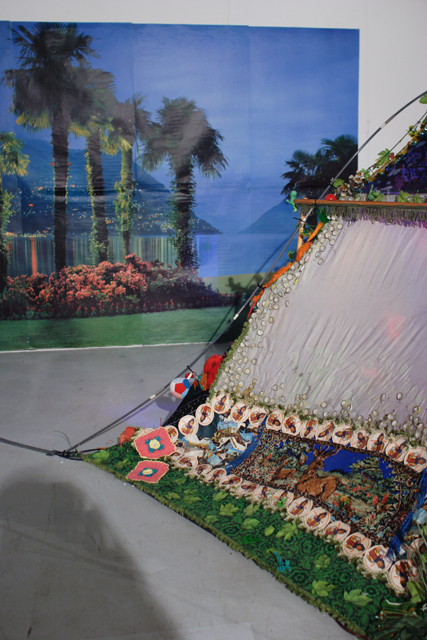 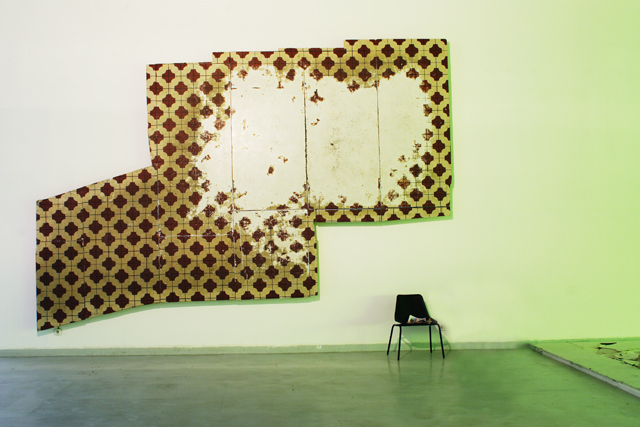 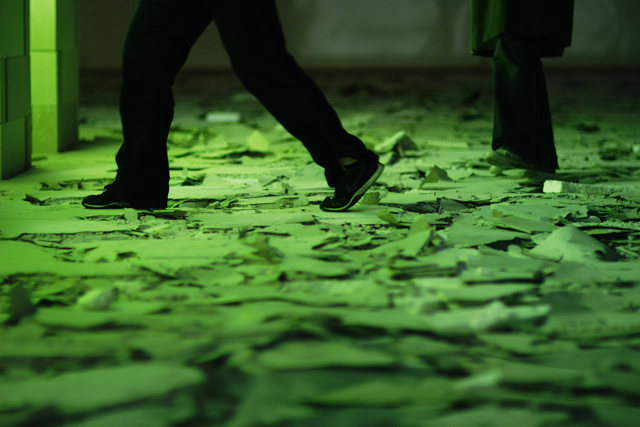 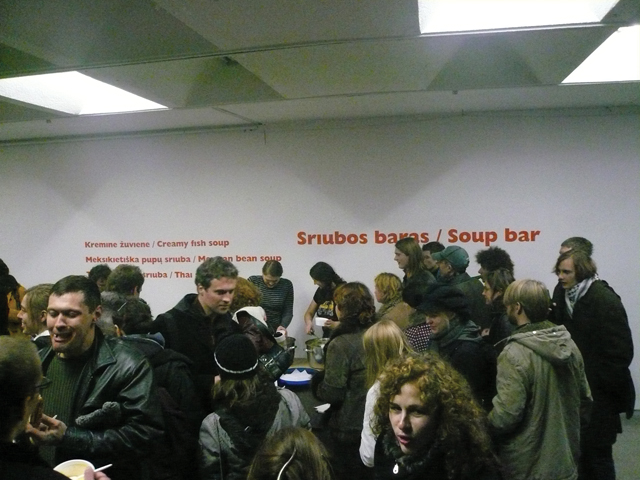 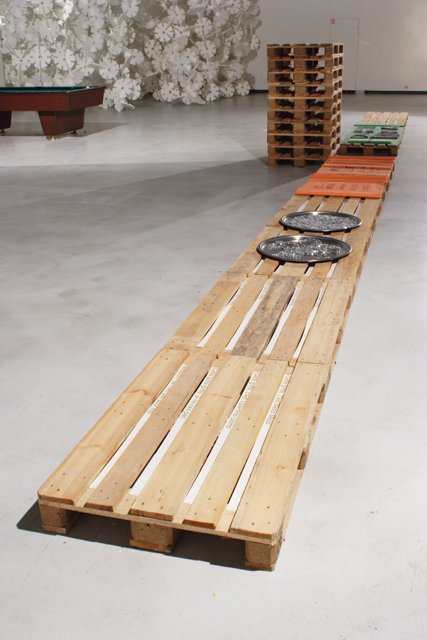 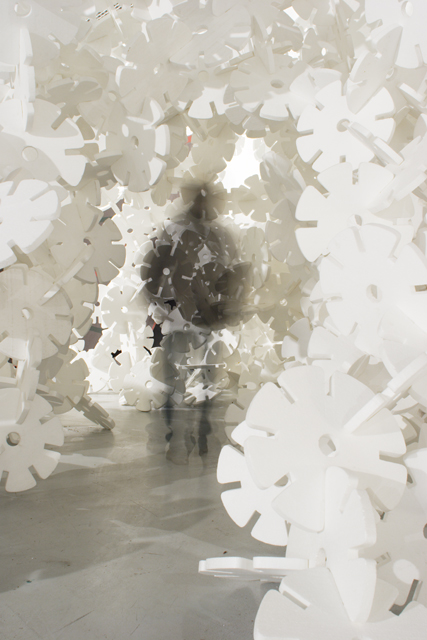 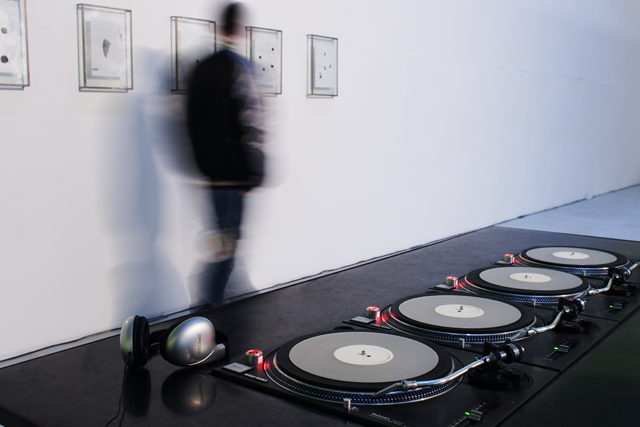 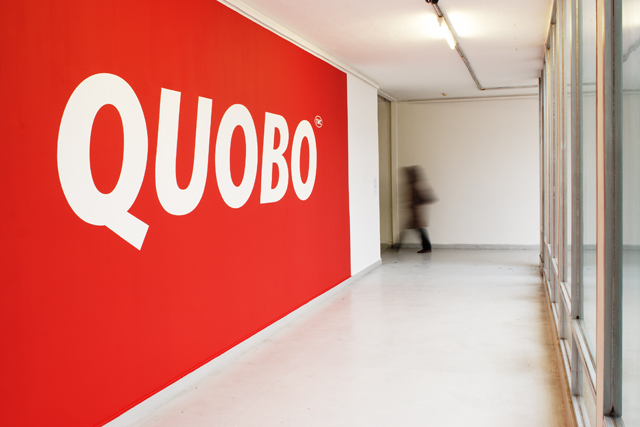