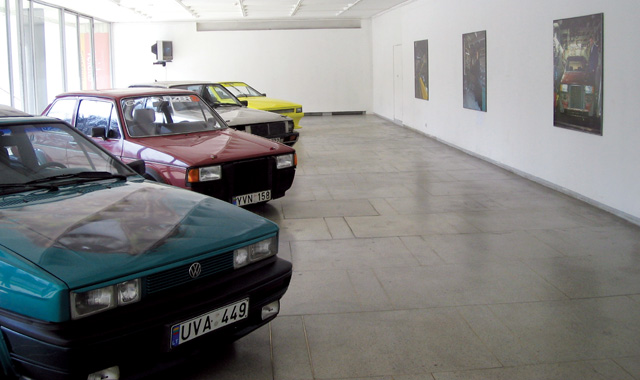 Artūras Raila is one of the seven participants of the Contemporary Art Centre’s exhibition series ‘Emisija 2004’ (EMISSION) and a winner of the Hansabank’s art award. ‘Roll Over Museum/Live’ is one of his three solo exhibitions that are organised in Tallinn, Vilnius and Riga on occasion of the award. In contrast to the other two exhibitions that bear a retrospective character, in Lithuania Artūras Raila presents a new project realised together with the automobile tuning enthusiasts.

How can subculture as a significant part of the daily and private life be inscribed in the space of a museum? Can the homogeneity of a museum be positively violated? Artūras Raila does not strive to dismantle the foundations of the art institution, he just lets the deep opposites to come to the surface, and the participation of the authentic social groups are of help to him here. When confronted in the way of intervention and facing each other the different contexts, that do not meet normally, reveal their especially focused shape. The dematerialised art sparkles with the infinity of the material substance of the same sort.

On the occasion of the Hansa bank award of the year 2004, that he has got, Artūras Raila is implementing the project ‘Roll Over Museum’ in Tallinn, Vilnius and Riga. The project is not retrospective or summarising, but continuous and shifting. In Vilnius it is performed live, i.e. using not the symbolic language of the video projections, but the real language, based though on the same ‘roll over’ or ‘move over’ strategy.

The masters of tuning, exhibiting their production at the art institution, represent signs, that oppose the symbols of wealth, success and respectability. These signs are somewhat ‘moved over’ in regard to the mainstream, established culture. The subcultural deviations unclose the primary thought, the heights of bricolage, that in the industrial society are tolerated merely as a hobby or a form of leisure.

The masters of bricolage use stray tools, obtained due to the principle ‘may come in use sometime’. And lots of different works are done with them. The cumulate secondary matter, old commercial codes sum up the previous professional skill and are recycled. The bricolage activity in the practical field has, according to Claude Levi-Strauss, a lot of similarities to the mythical thinking in the speculative field. The only difference of rite and play could probably be that the latter can not reach balance of concurrent sides.

Do the media take an active part in the creative process or not, depends on the professional level of art. They dominate in the primitive art and are inconspicuous in professionally high art forms.
Through the social ready-mades Artūras Raila is eventually back to concreteness – to the stage of the initial man-mades and even handwork. The provocative character of his works towards the intellectual and social habit as well as the chaos of the forms of life quoted are always framed in the format of closed circulation and do not endanger neither the witness, nor the institution.

This year the Contemporary Art Centre presents a series of personal exhibitions called ‘EMISIJA 2004’ (EMISSION). The series of exhibitions introduces the most important Lithuanian artists who during the previous decade have constituted the new language of contemporary Lithuanian art, who have received the most attention from the critics, have participated in the most important contemporary art exhibitions in Lithuania and have represented Lithuania abroad numerous times and who, along with the Contemporary Art Centre, have created a basis for the development of the new generations of artists.

In 2004 the Contemporary Art Centre presents seven artists, but the series of personal exhibitions is planned to extend throughout the succeeding year. ‘EMISIJA 2004’ will be accompanied with a catalogue that will provide comprehensive introduction to the work of each of the participating artists.

HANSABANK. It is impossible to remain indifferent.

Art reveals the beauty of this world. Art is a vital source of original thoughts and positive action.
Hansabank values all initiatives that strive to enrich the environment we live in. Hansabank’s art award which is issued since 2000 is aimed to promote socially active and sensitive art.
We are not indifferent. 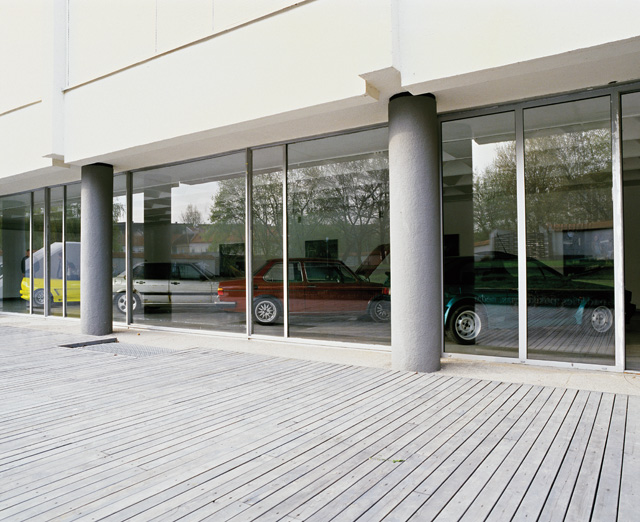 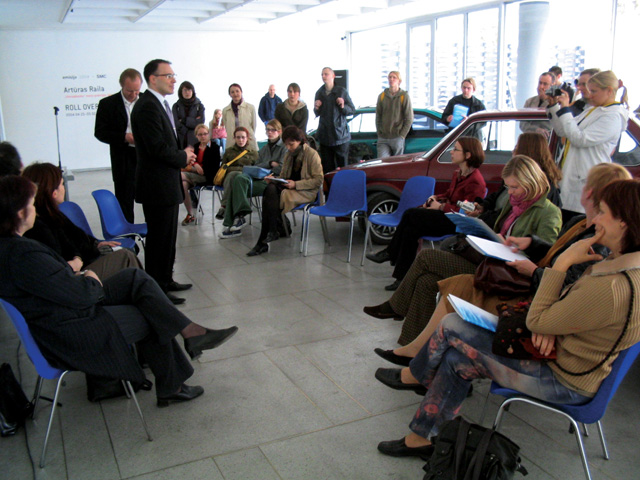 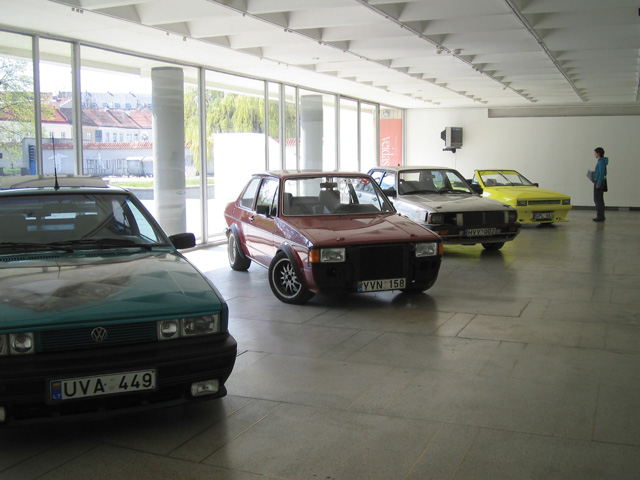