Lithuania’s National Pavilion at the 59th Venice Biennale: Can Seaweed Save the World? 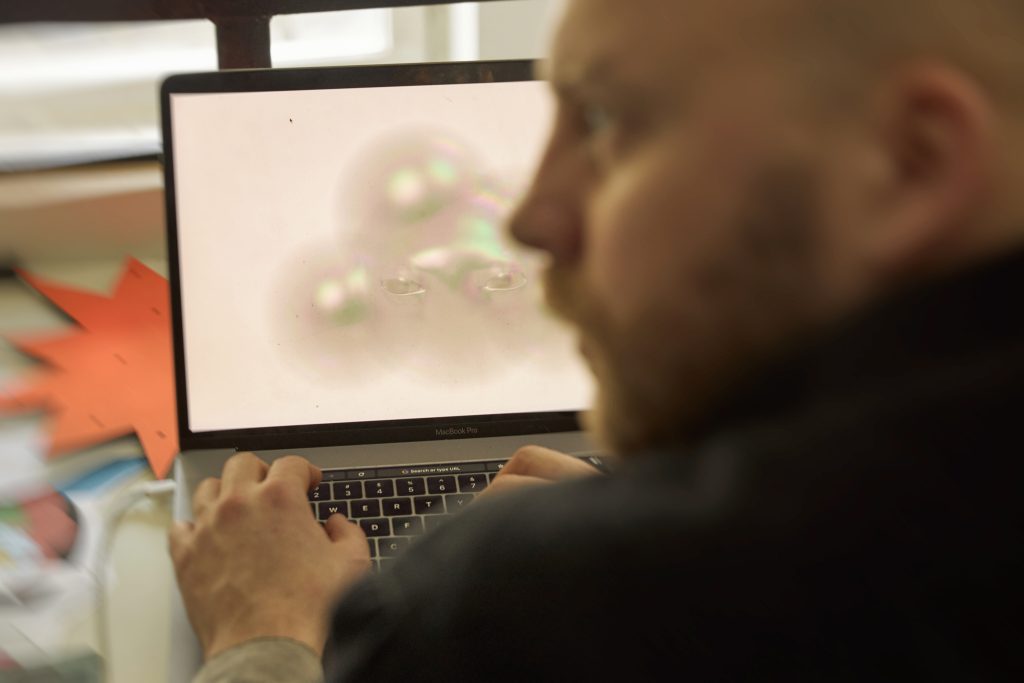 On 21 April, the Lithuanian Pavilion will open its doors at the Venice Biennale, presenting Robertas Narkus’s project Gut Feeling organised by the Contemporary Art Centre (CAC) in Vilnius. The complex work will become an organic part of the local city life, to be housed in the premises of a former laundry and bakery in one of the last ungentrified squares of Venice, in the Castello district. Here, a surrealist seaweed production cooperative will operate until the closing of the Biennale on 27 November.

The events of recent weeks have prompted many of us to re-ponder the relevance of creative processes in today’s context, how they reflect our present, and the responsibility carried by artists.

“We started creating the pavilion right after the recession of the first wave of the coronavirus, and are now preparing for its opening in the face of the horrific and unjustifiable Russian invasion of Ukraine. This has an inevitable impact on the development and the essence of the project. In the context of these shocking events, it is all the more important to rethink how we can live and work together more sustainably, and how our immediate environment and the forms of life and non-life, both human and non-human, can help us achieve that. This is the core of the idea behind this project,” says the curator of this year’s Lithuanian Pavilion Neringa Bumblienė.

Currently preparing for the opening of the Biennale already in Venice, Robertas Narkus says the war in Ukraine has made him look at everything from a new perspective.

“Now, everywhere I look I see only two colours – blue and yellow; all the others seem to have disappeared. I started looking at everyday things in a new light, although the works have not stopped: we are currently preparing the space, waiting for a truck from Lithuania to bring new collages that will become part of the installation. One of the themes explored in Gut Feeling is the personal courage to rely on hunches and make decisions that are not rational or logical. In the context of the current events, the work acquires yet another meaning and asks what would be the right thing to do, what could and should be done,” says the artist.

In response to Russia’s aggression against Ukraine, the team of the Lithuanian Pavilion, together with commissioners, curators and artists from the pavilions of other countries, initiated a public appeal to the organisers of the Venice Biennale, expressing their support for Ukraine and calling for an official ban on Russia’s national participation in this year’s Biennale. The full letter can be found here.

Undaria pinnatifida from the Far East

Gut Feeling is a multi-layered work balancing between an honest desire to change the world, a persistent belief in the promise of collaboration, the egocentric ambitions of the artist, flirtation with financial structures and technological progress, and humour. The English expression “gut feeling” stands for a hunch which, according to old and almost-forgotten folklore and the latest scientific discoveries, closely links the activities of the gut and the brain.

In collaboration with a renowned fermentation specialist, scientists, artists, locals and small businesses, Narkus is creating a social sculpture – a surrealistic cooperative fabricating a mysterious product made from seaweed harvested from local waters.

This species of algae (Undaria pinnatifida, also known as wakame) is an invasive plant that has spread from the Far East to the rest of the world – including Venice – as a result of the globalisation process. It is one of the most nutritious and rapidly renewable sources of food, promising to solve the upcoming nutritional problems of the ever so quickly growing humanity.

“Robertas Narkus’s work intertwines artistic contexts with other spheres and areas of interest: the world of business, science and start-ups, and it precisely is this hybridity of his creative work that makes it relevant, unique and interesting in the context of international contemporary art processes. By deliberately hyperbolising and ironising the obscure systems of today’s world, riddled with mechanisms of power and other constraining structures, and often employing the tools generously offered by these very systems, Narkus creates an own, new order that helps to better understand present-day processes and to create a brighter future,” elaborates Bumblienė.

According to the curator, Narkus is one of the most prominent Lithuanian artists of his generation, working with a broad variety of media, including performance, photography, video art, collages, texts and others that do not fit into a single category.

Expectations of an International Audience

Commissioner of the Lithuanian Pavilion and Director of the CAC Kęstutis Kuizinas says that this is the sixth time that the institution is organising the Lithuanian National Pavilion at the Venice Biennale.

“Lithuania’s incredible, steady success at the International Biennale encourages the organisers of our pavilion to look for new yet equally ambitious and relevant solutions to maintain the interest in Lithuanian art and to meet the expectations of the international audience. I sincerely believe that Robertas Narkus’s project Gut Feeling is just such a project and will receive well-deserved attention in Venice,” says Kuizinas.

In the prior years of the Biennale, the CAC already presented the following Lithuanian artists: Mindaugas Navakas and Eglė Rakauskaitė (1999), Deimantas Narkevičius (2001), Paulius and

and Žilvinas Landzbergas (2017). The projects by Darius Mikšys and Gediminas and Nomeda Urbonas were awarded Special Mentions by the Jury of the Biennale. In 2019, the Lithuanian project Sun and Sea won the main Golden Lion award.

The Lithuanian Pavilion at the 59th Venice Biennale is presented by the Lithuanian Council for Culture. The project is sponsored by Justas Janauskas and Gabija Grušaitė, the Lewben Art Foundation and JCDecaux Lietuva. 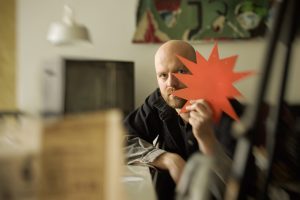 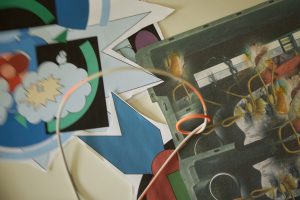 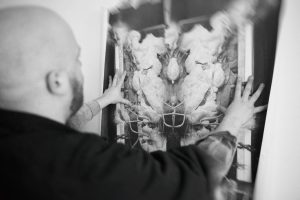