Premises in Venice have been acquired for long-term use thanks to patrons: they will soon house the project Gut Feeling by Robertas Narkus, representing Lithuania at this year’s Venice Art Biennale 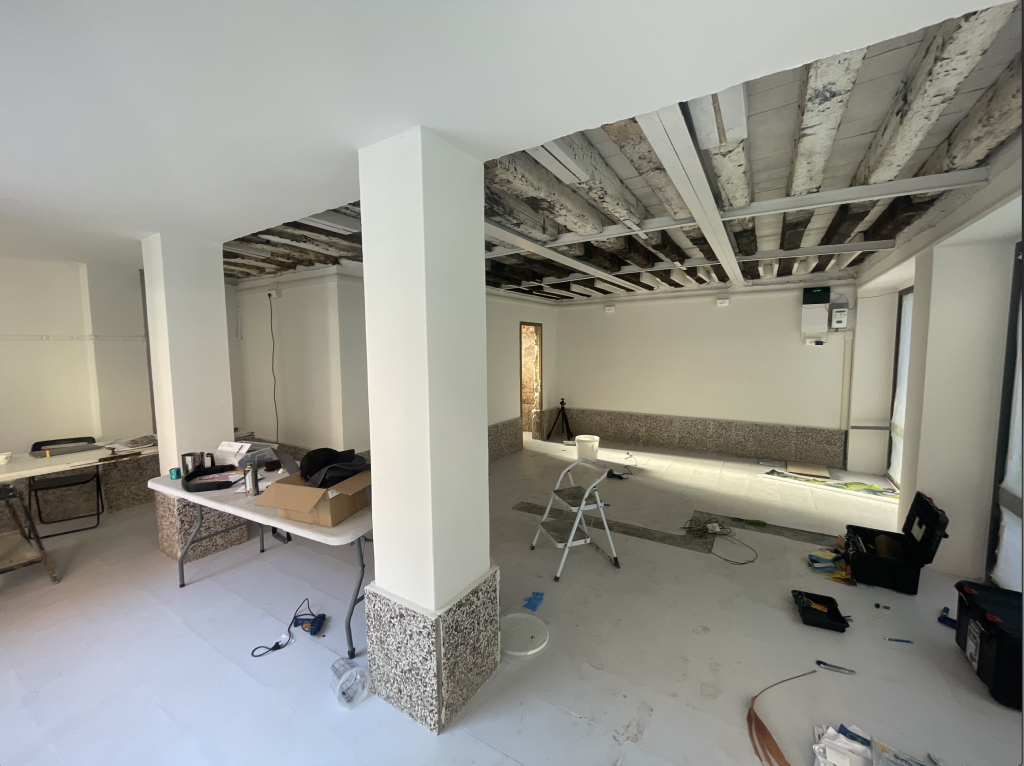 The last parts and pieces of Roberts Narkus’ project Gut Feeling have recently reached the Venetian Castello district, shipped from Lithuania’s capital Vilnius. “At the moment we are completely immersed in the installation of the exhibition and preparations for its opening on 21 April,” says the project’s curator Neringa Bumblienė, who is currently working with the artist and his team preparing the new spaces. Thanks to the project’s patrons, Gabija Grušaitė and Justas Janauskas, these premises have been purchased specifically for this year’s Lithuanian National Pavilion, and will be used to showcase the work of Lithuanian artists in Venice after the 59th Art Biennale is over.

Bumblienė says that, unlike big countries such as the US, France or Poland, Lithuania does not have a permanent pavilion at the Biennale, and each time the organisers have to look for new spaces to implement the project, which always turns out to be an adventure.

“When Narkus went to Venice to look for a place to install his piece, he immediately chose two spaces in the Castello area. We soon found out that one of them was for rent, but the other was for sale only. The Contemporary Art Centre (CAC) had neither the funds nor the legal means to purchase the premises, so we actively sought patrons. We were very lucky that Justas Janauskas and Gabija Grušaitė believed in the project from the very beginning and agreed to invest in the necessary spaces, letting us use them free of charge,” says Bumblienė.

According to the curator, one of the key aspects of Gut Feeling is its close connection to the environment and local communities, so the team did not want the space to be resold immediately after the Biennale and become just another commercial space.

“Our aim is to establish a more sensitive relationship with the city and its people, so we were very glad that our vision coincided with that of the patrons Janauskas and Grušaitė. We already know that after the Venice Biennale, the space will be dedicated to non-commercial contemporary art activities, closely related to the themes explored in Narkus’ piece presented at the pavilion: artistic experiments, critique of the world’s existing great structures, progress in science and technology, ecology, fictions, and humour,” says Bumblienė.

Janauskas and Grušaitė say that they find it meaningful to support the team representing Lithuania at the Venice Biennale and are happy to contribute to the development of contemporary art in Lithuania as well as its representation abroad.

Robertas Narkus says that when he started preparing the pavilion, he felt an intuitive desire to be closer to the people, to take more risks: “The former laundry and bakery premises are not the usual perfect representative space with big white walls that we often expect from the Venice Art Biennale,” says the artist.

“Housing the pavilion in this space is both an internal challenge and a self-provocation. At the same time, it is also a bit of an intrusive ambition, as we are coming and changing that local microclimate as well as the way the whole area will be perceived for at least the next six months. I want to believe that we’ll be the good kind of bacteria there, building meaningful, mutually beneficial relationships with the local community,” says Narkus.

Long-standing culture of patronage in Lithuania

According to Bumblienė, the Lewben Art Foundation is one of the most active foundations in collecting, presenting and supporting local and international contemporary art in Lithuania. Its collection also includes several works by Narkus.

“When we started working on the Lithuanian National Pavilion, we immediately got in touch with the foundation and asked it to contribute to the success and comprehensive implementation of the project. We are very pleased that it supported the project from the very beginning and agreed to become its patron. Its financial contribution is very important for the realization of this truly large and complex project,” says Bumblienė.

The Chairman of the Board of the Lewben Art Foundation Vilius Kavaliauskas claims that it is really hard to properly present artists with state support alone, and the culture of patronage in Lithuania shows signs of more and more positive changes.

“We were one of the first to join the opera-performance Sun & Sea, and this time we also supported Robertas Narkus’ representation of Lithuania at the Venice Biennale even before the project won the competition in 2020. We have been following the artist’s work for years, and added the first pieces of his art to the Lewben Art Foundation collection in 2019.Today, we store eight of his works, including some NFT Cryptoart pieces – first both to be created by Narkus and to be included in our collection,” says Kavaliauskas.

Kavaliauskas mentions that in the future Lewben Art Foundation art centre to be located at Bernardinų St. 6-12 in Vilnius, he and his team will also aim to present Lithuanian artists in an international context, building on the existing international collection. This is another reason why they have decided – for the third time in a row – to contribute to one of the most important occasions of presenting Lithuanian contemporary art at a global exhibition – the Venice Biennale.

Another of the project’s patrons, the outdoor advertising company JCDecaux Lithuania, is well known in the country for its consistent support of emerging artists: together with the CAC, it has been developing the exhibition series called JCDecaux Award for seven years now, and it was important to continue this cooperation in the context of the Lithuanian National Pavilion.

“When we started to support art and creators more actively a decade ago, it was incomprehensible to many businesses. Today, more and more of them are starting to see meaning in contributing to the promotion and dissemination of our culture: we’ve seen many times that a successful performance of Lithuanians on the international art scene makes our country more famous, so it is important to support our creators not only by acquiring their works, but also by helping them to enter the international waters,” says Žaneta Fomova, Head of the outdoor advertising company JCDecaux Lithuania.

The Lithuanian National Pavilion at the 59th Venice Biennale will be open from 23 April to 27 November. It will be located in two buildings on Castello Street – Nos. 3200 and 3206, Campo de le Gate 30122, Venice. For all the latest news about the project, follow the project on Facebook or visit www.gutfeeling.xyz.

The Lithuanian Pavilion at the 59th Venice Biennale is presented by the Lithuanian Council for Culture. The project is sponsored by Justas Janauskas and Gabija Grušaitė, Lewben Art Foundation and JCDecaux Lithuania. 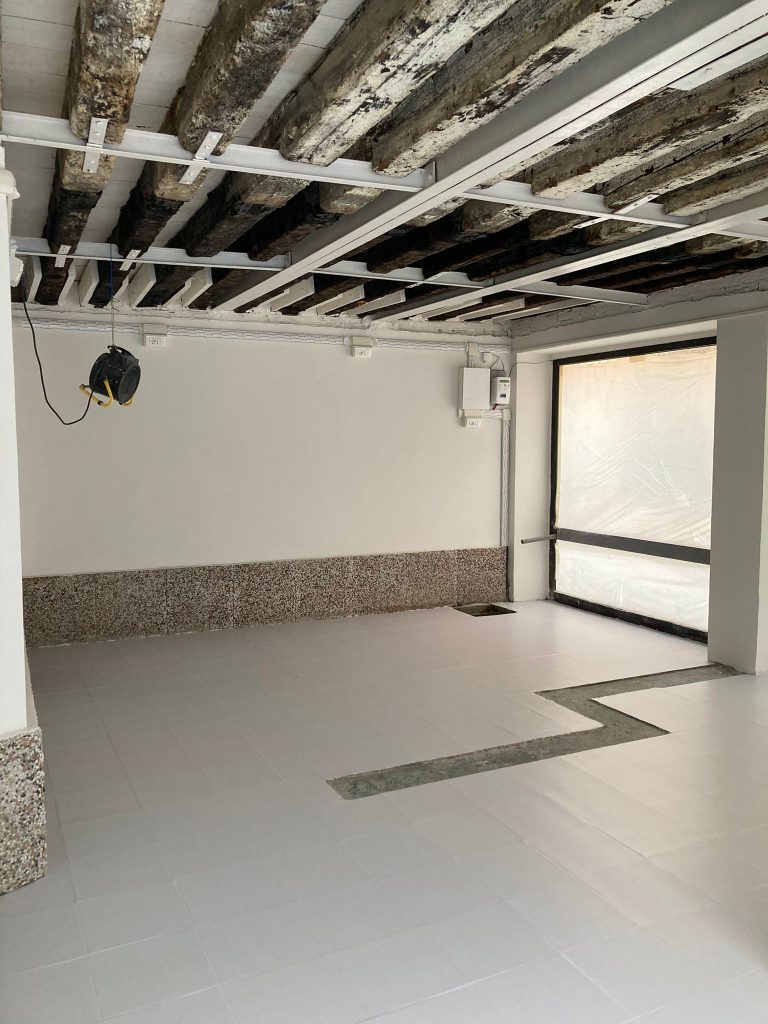 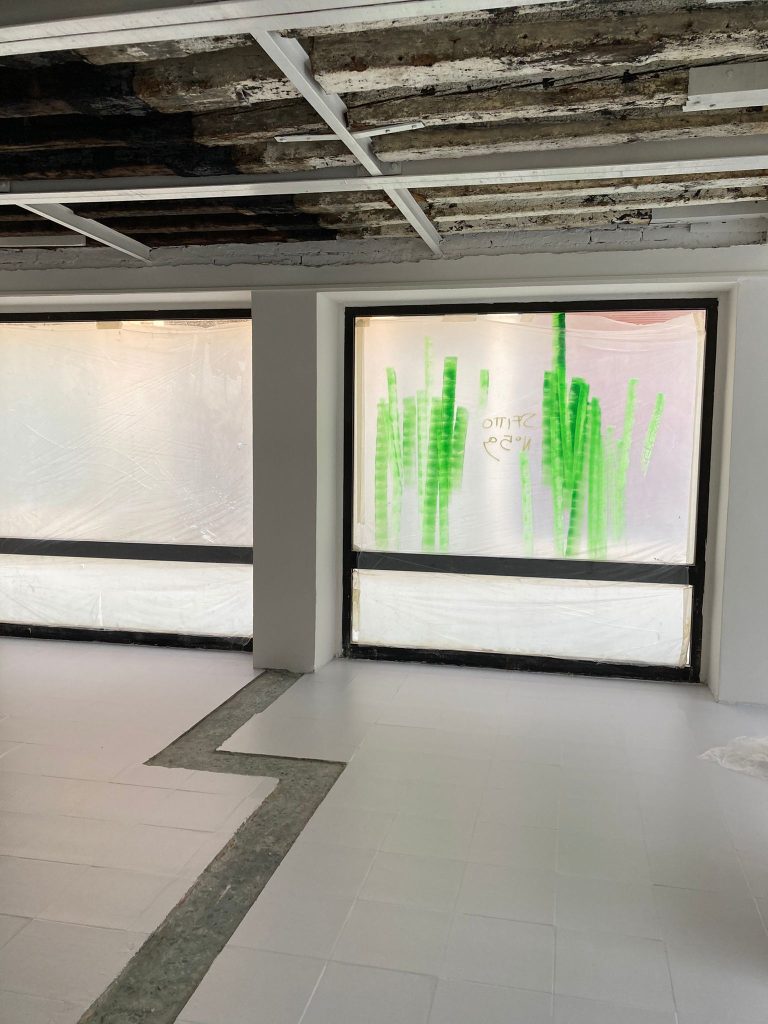 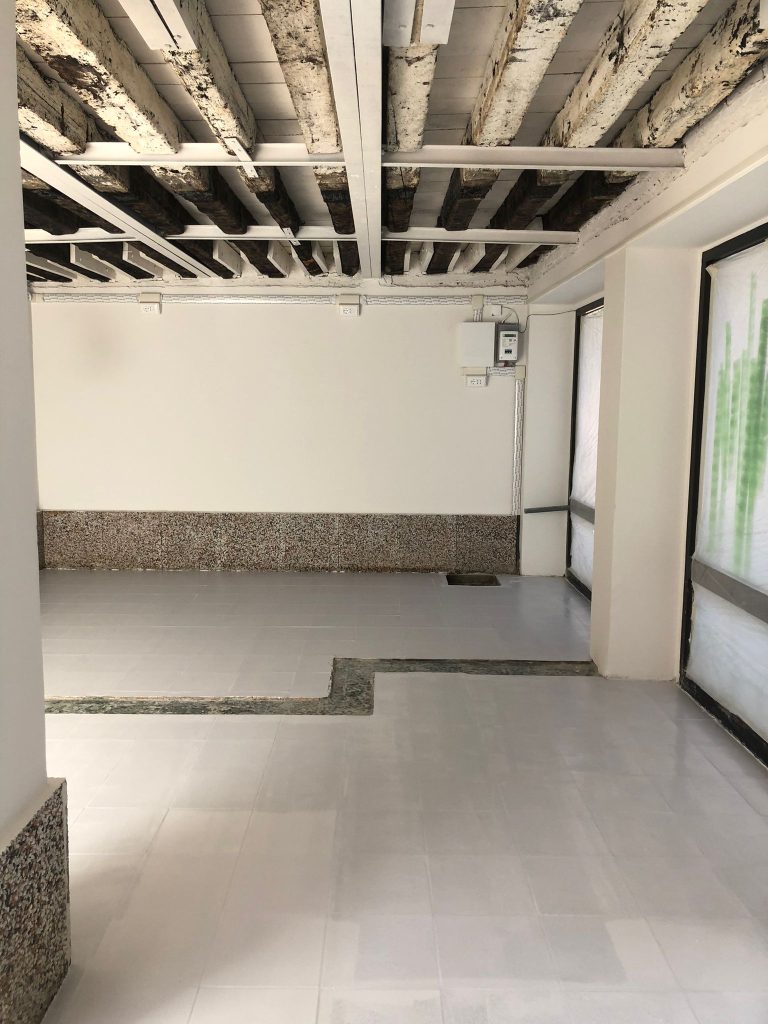 Premises in Venice have been acquired for long-term use thanks to patrons: they will soon house the project Gut Feeling by Robertas Narkus, representing Lithuania at this year’s Venice Art Biennale
Close 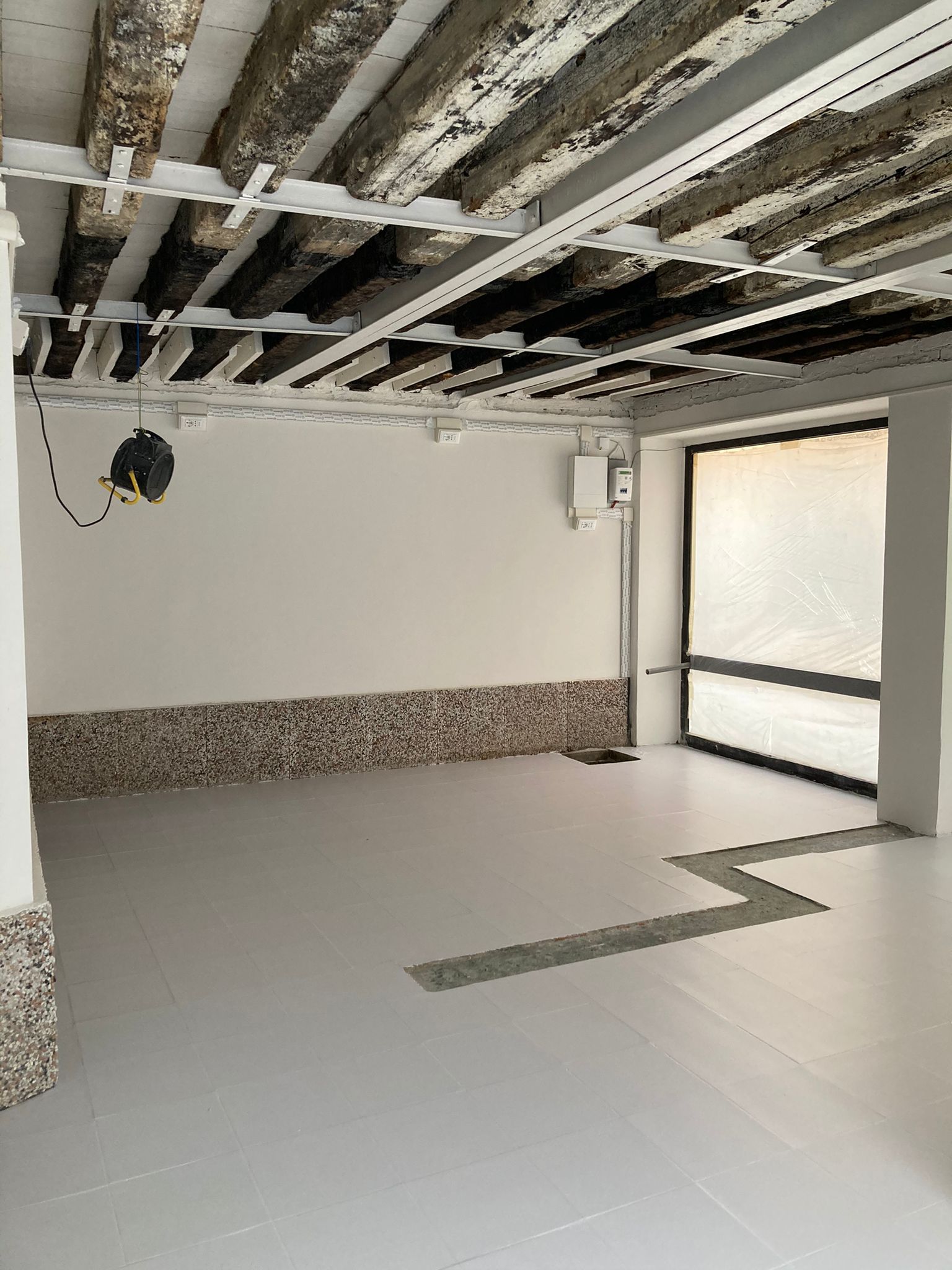 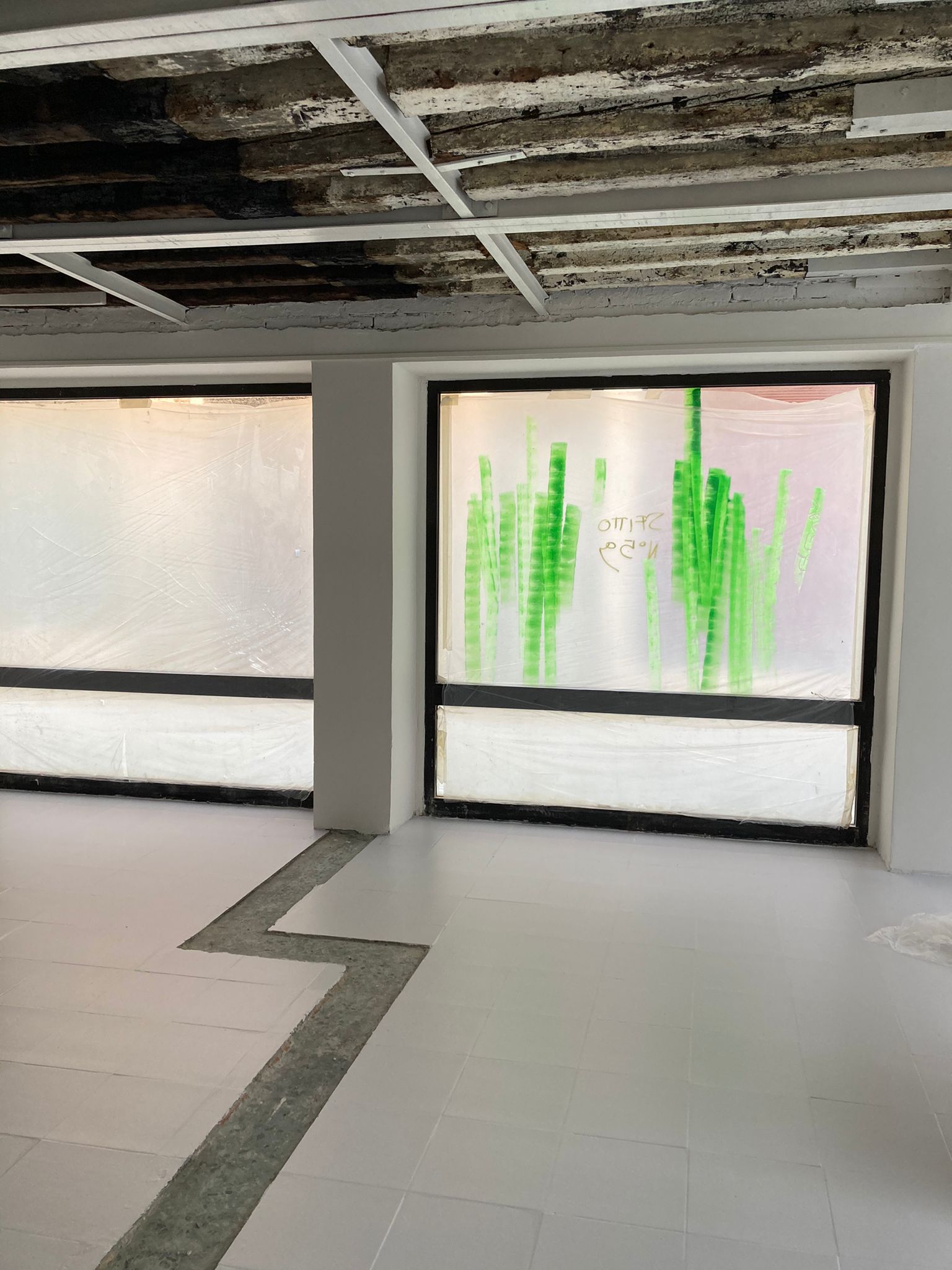 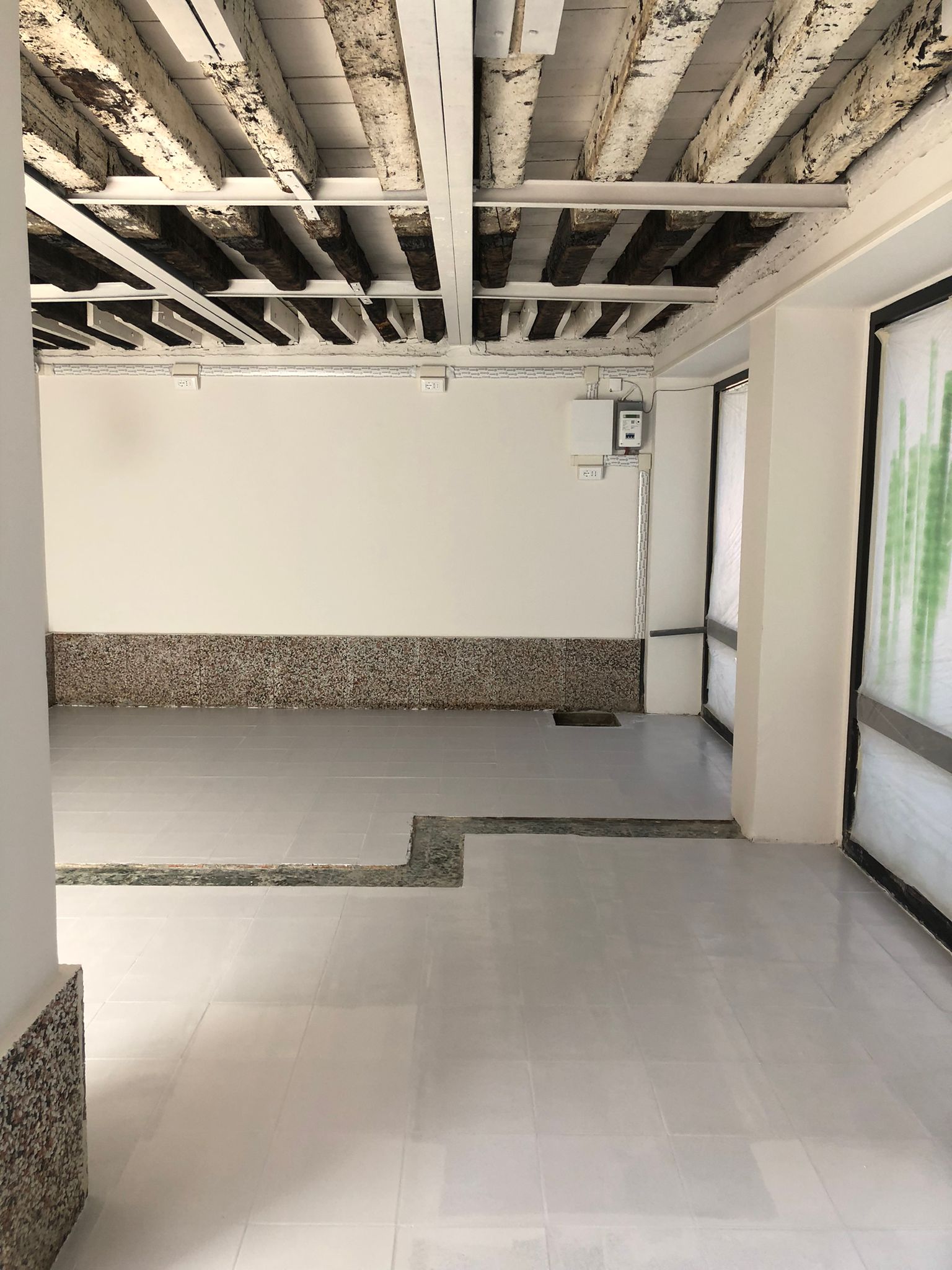