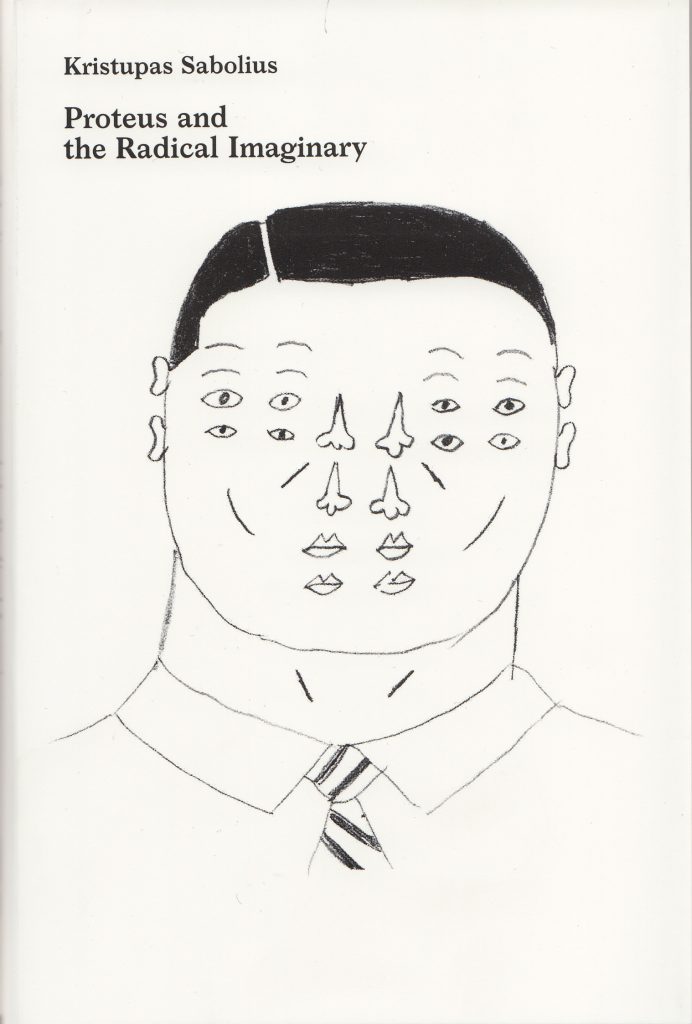 “Proteus and the Radical Imaginary” by Kristupas Sabolius was co-published with Bunkier Sztuki contemporary art gallery at Cracow in English and Polish editions. It is the first translation of this author that summarizes and expands insights from his earlier books “Furious Sleep: Imagination and Phenomenology” (2013) and “The Imaginary” (2014), both published by Vilnius University Press.

Aaron Schuster on the book: ““Proteus and the Radical Imaginary” is an original and timely re-evaluation of the concept of the imagination in relation to aesthetics and contemporary art. Starting with the humorous story of Nasreddin’s eighteenth camel, an odd surplus that is necessary in order for reality to work (in this case, solving the riddle of a father’s mathematically perplexing testament), Sabolius goes on to discuss the metaphysical, aesthetic, political, phenomenological, and technological dimension of the imagination; providing both a philosophical history of the notion as well as making a unique intervention in contemporary debates. (…) Sabolius’ theoretical discussions are enlivened by analyses of a surprising mix of films, artworks, popular culture, and theatre, including: exhibitions by Raimundas Malašauskas (“Photo Finish” in Vilnius, and the Lithuania/Cyprus “oO/Oo” Pavilion at the 55th Venice Biennale), the underwear-stealing gnomes of South Park, Michelangelo Antonioni’s Blow Up, Victor Erice’s The Spirit of the Beehive, and the avant-garde performances of Romeo Castellucci.”

One of the publications of the XII Baltic Triennial