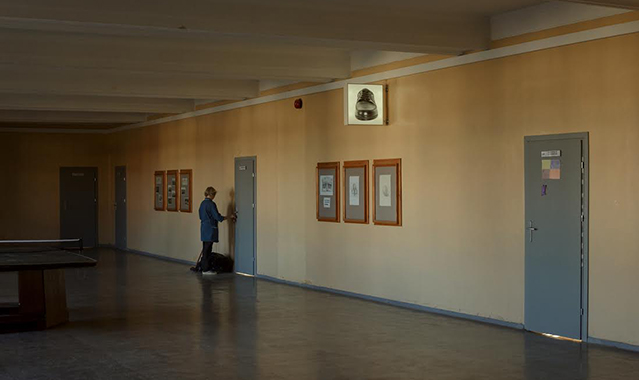 “Prototypes” is a pilot project of the XII Baltic Triennial and will consist of several events, publications and an exhibition in the façade window on the CAC’s upped floor, a space that until now served as an office. Visitors of the CAC, who have been opening the door of this office throughout the years hoping for the exhibition to continue behind it, will now instead of a regular door find a new one, designed by Viktorija Rybakova, and behind it – a panorama of Vilnius Old Town, drawings by Maris Bišofs and Antanas Gerlikas and a film by Piotr Bosacki. By the end of 2014 the wall that holds this rotating door will disappear, and the door itself will become a four-fold partition. If various instruments and technologies are once in a while labelled state-of-the-art, the exhibition “Prototypes” turns this formula around and asks if a contemporary artwork could perhaps also be an instrument, a model or a conceptual device outside the realm of art. The exhibition continues beyond the CAC: an installation by Liudvikas Buklys is hosted by Salomėja Nėris’ Gymnasium on Vilnius Street. Some of the lightboxes designed by the artist will be visible from the street, but one will also be able to see the installation inside the school by visiting between 4pm and 5pm on Tuesdays and Thursdays.

The exhibition’s first event – a performative presentation “The Hole Idea” by Post Brothers that explores the qualities of a portable hole as a conceptual device – is scheduled at 7 pm on Friday, October 17, at the CAC Cinema.

Next in the event programme of the “Prototypes” project is a series organised by CAC together with curator and writer Jennifer Teets titled “Pharmacokinetics of an Element.” The series takes place over two weekends: November 8–9 and November 28–29 2014. Consisting of readings, discussions, talks and trips, this series aims to build novel methods for approaching new materialisms, the current climate change debate, and wastes and fluids of bodily selves, both human and machinic. This series will explore the benefits and limitations to new modes of thinking about and through material.

Events will be hosted together with art theorist, Doctor of cultural studies Eglė Rindzevičiūtė, currently associated with Sciences Po (Institute of Political Studies) in Paris, and London based art historian and cultural critic TJ Demos whose forthcoming book is dedicated to art and ecology.

Maris Bišofs, Riga-based artist and illustrator, created a series of illustrations drawing from two short excerpts from an interview with the artist David Bernstein: “Performance for me is about recognising the presence of time and life in everything. (…) And in the future anyway, our relation to art will most likely change in unforeseeable ways. And so everything that we know now about a work could be forgotten, appropriated, and transformed.”

While Piotr Bosacki, author of the animations film “Dracula”, maintains that the film is a comedy, in it lies an attempt to explain how the world is built. Bosacki describes the “shape of man”, tapping here into an insightful analysis of the world of senses, a story based on the knowledge of physics, chemistry and biology, intertwined with his personal confessions.

The exhibition also contains a drawing by Antanas Gerlikas from his most recent series. According to the artist, he is only using one element of academic painting – a pencil stroke – in this series in order to experience the phenomenon of mastery, or handicraft, but without the conventions that such mastery usually entails. So no realistic modeling of light, no copies of Antique statues, no representation, unless an eye itself draws an image or another in the chaotic lines. The artist’s hand is motivated by his wish to recognise a moment where aesthetics and a gesture becomes one, when a character of the drawing suddenly changes, and one moment changes the whole.

The lightboxes that contain Liudvikas Buklys’ installation at Vilnius Salomėja Neris Gymnasium are replicas of an outdoor sign of one particular shoe shop in Vilnius. As basic as a school’s teaching curriculum, abstract and playful, placed in the school‘s corridors they introduce a link between the student‘s steps and the architectural marches of the building; also a link between the school and the street behind its windows and another street two blocks away, where the “original” lightbox is found. Symbolically they also link the school with a range of activities that await when the school is over. 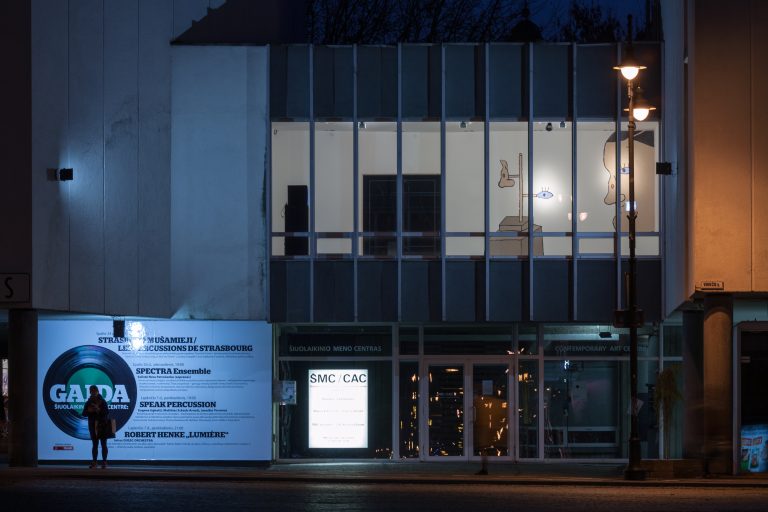 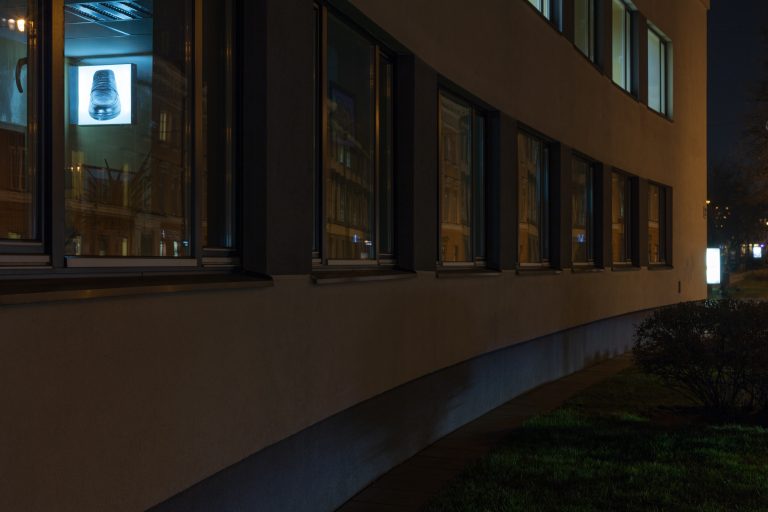 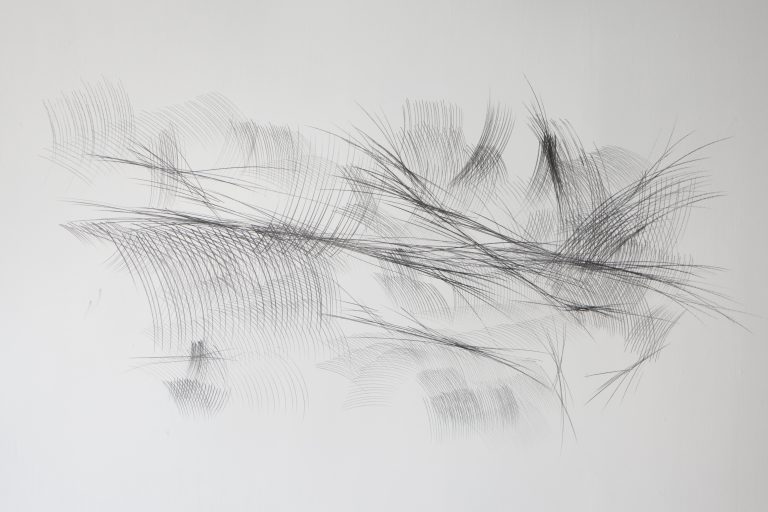 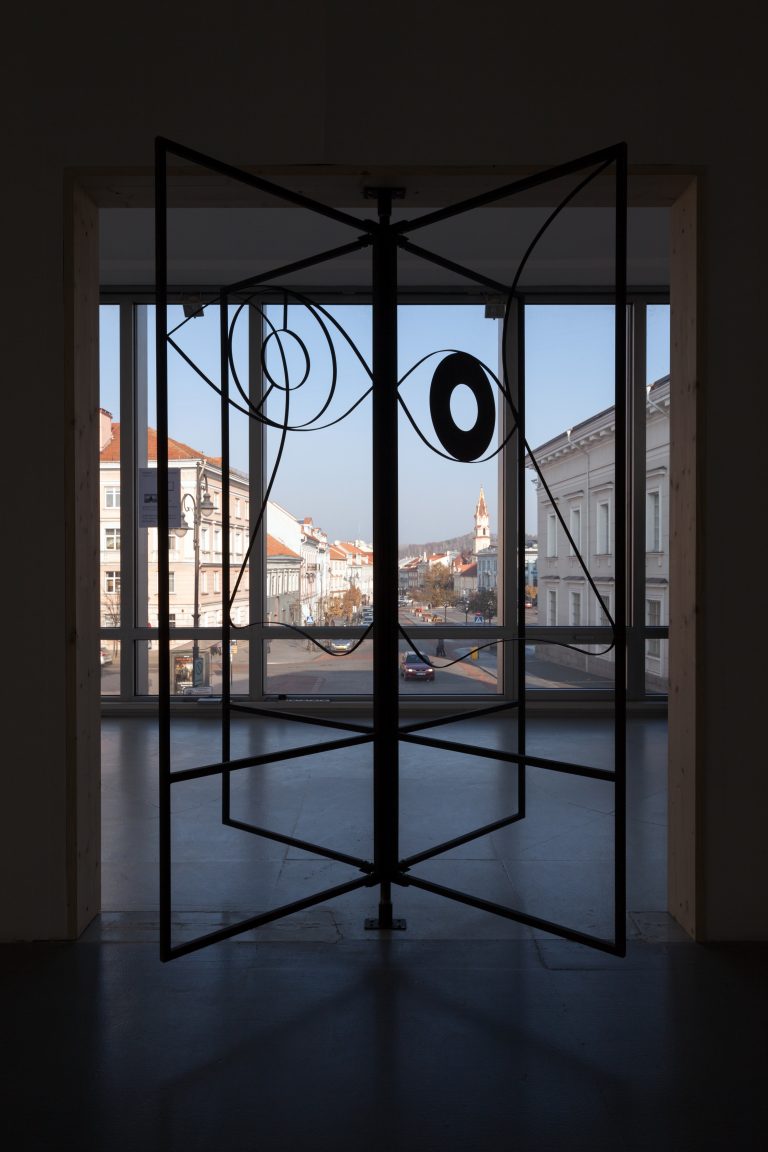 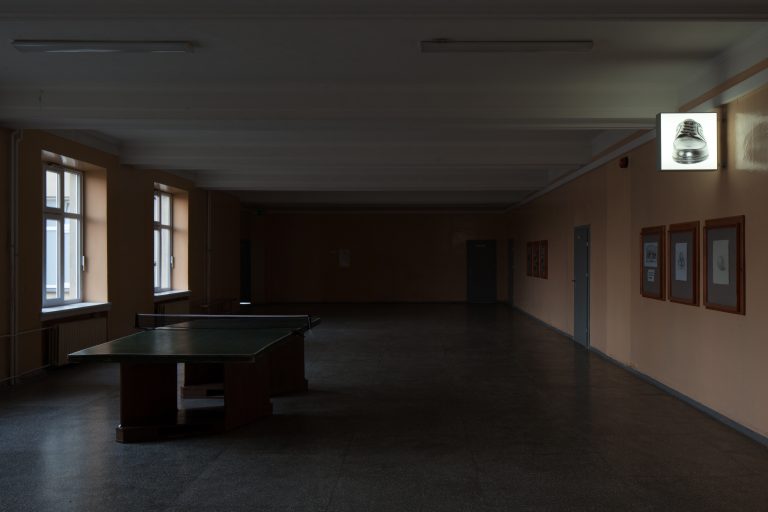 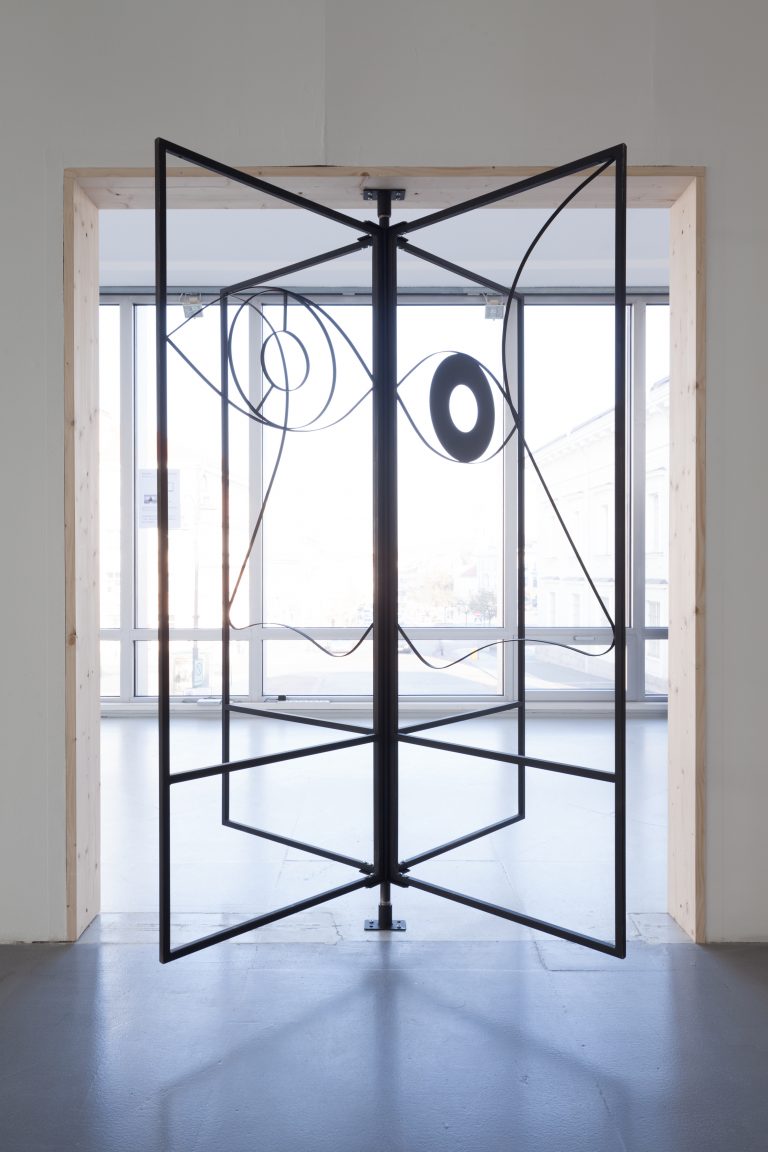 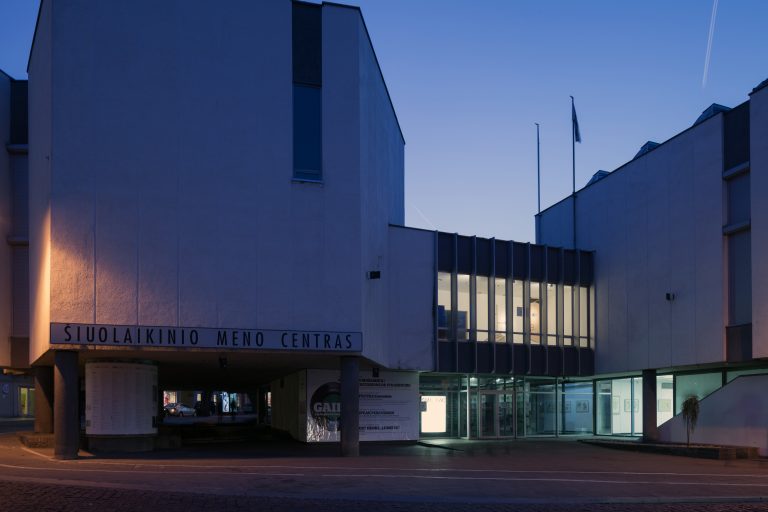 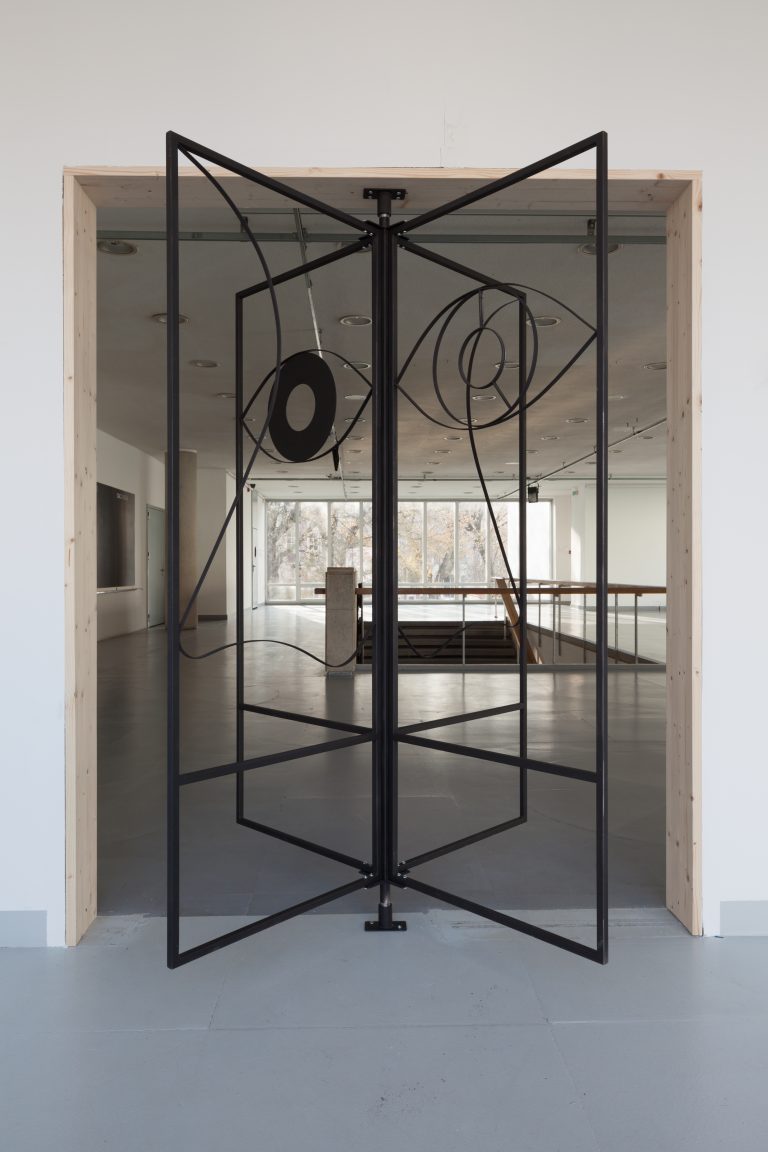 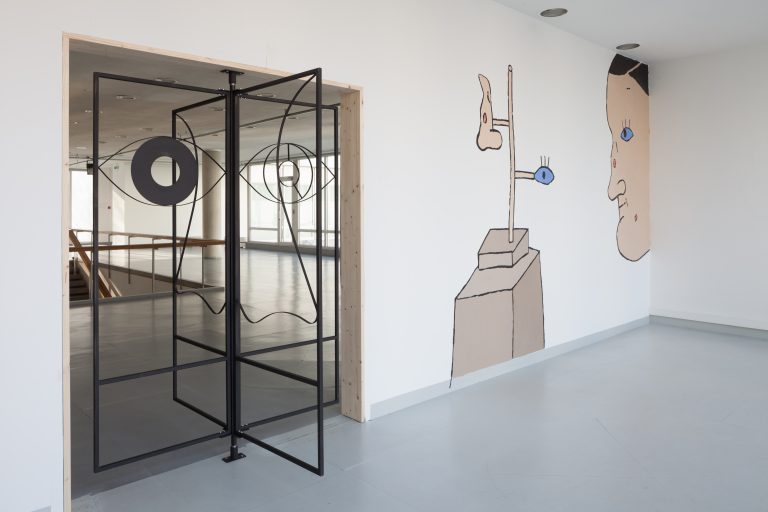 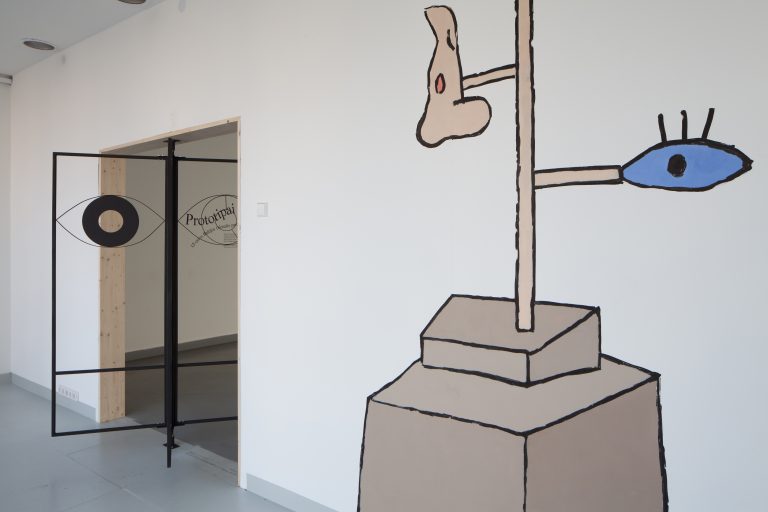 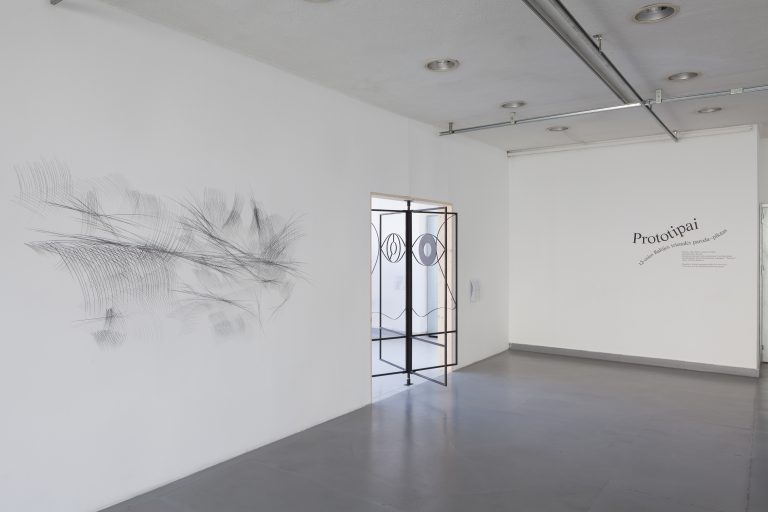 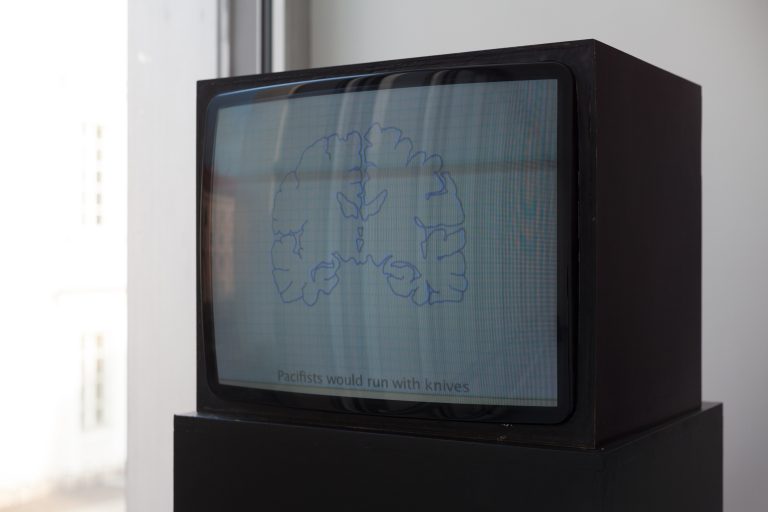 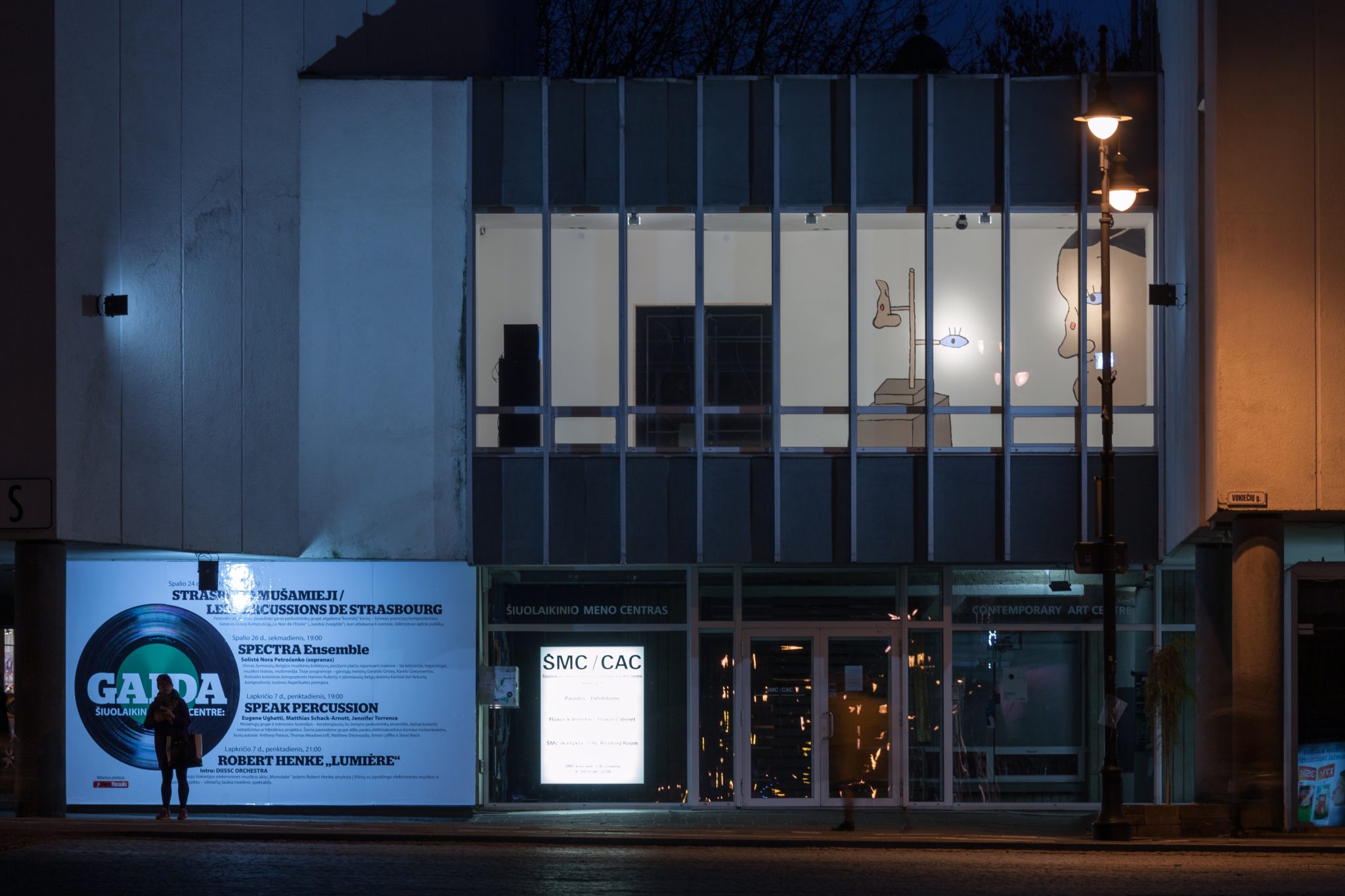 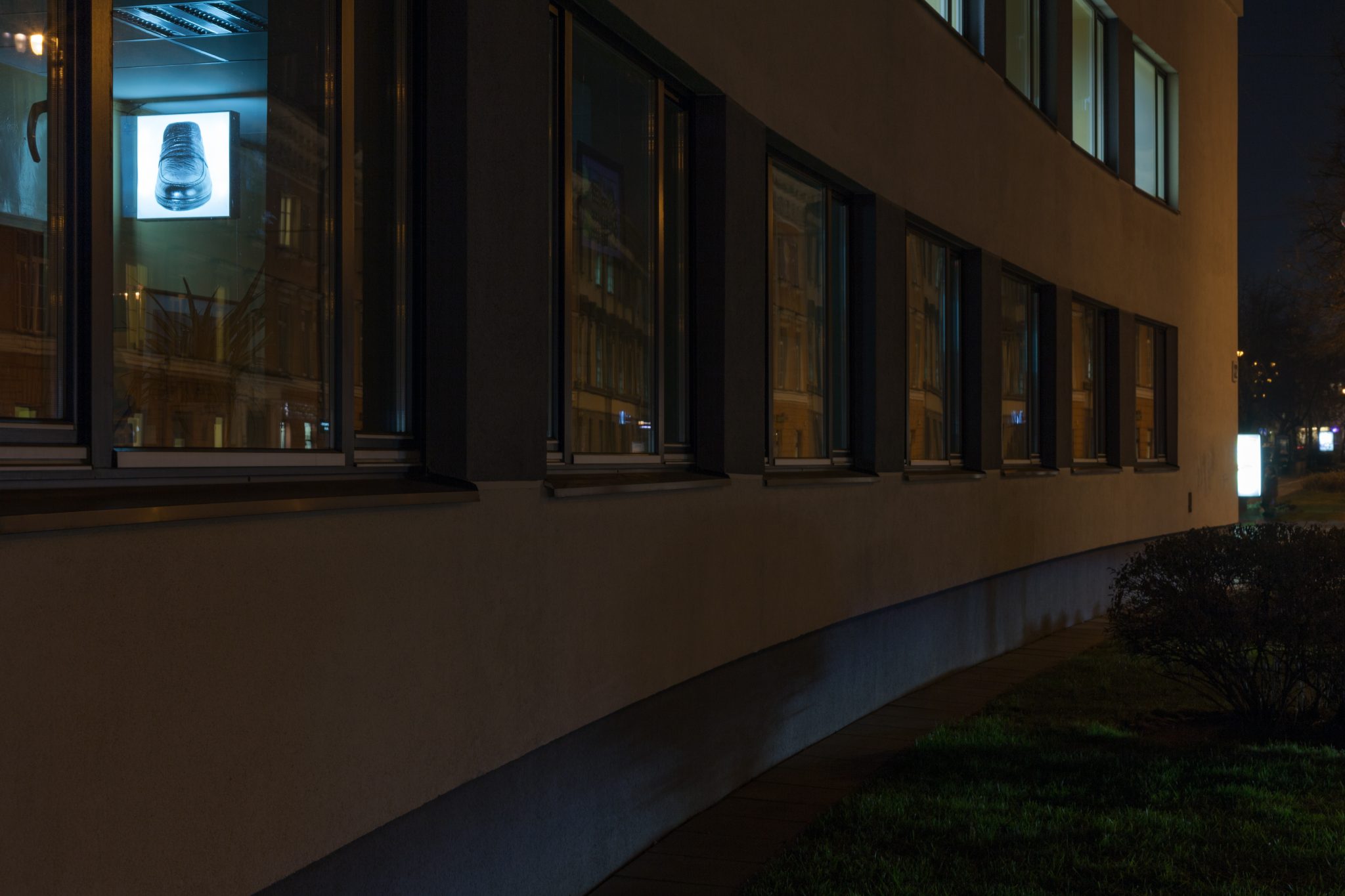 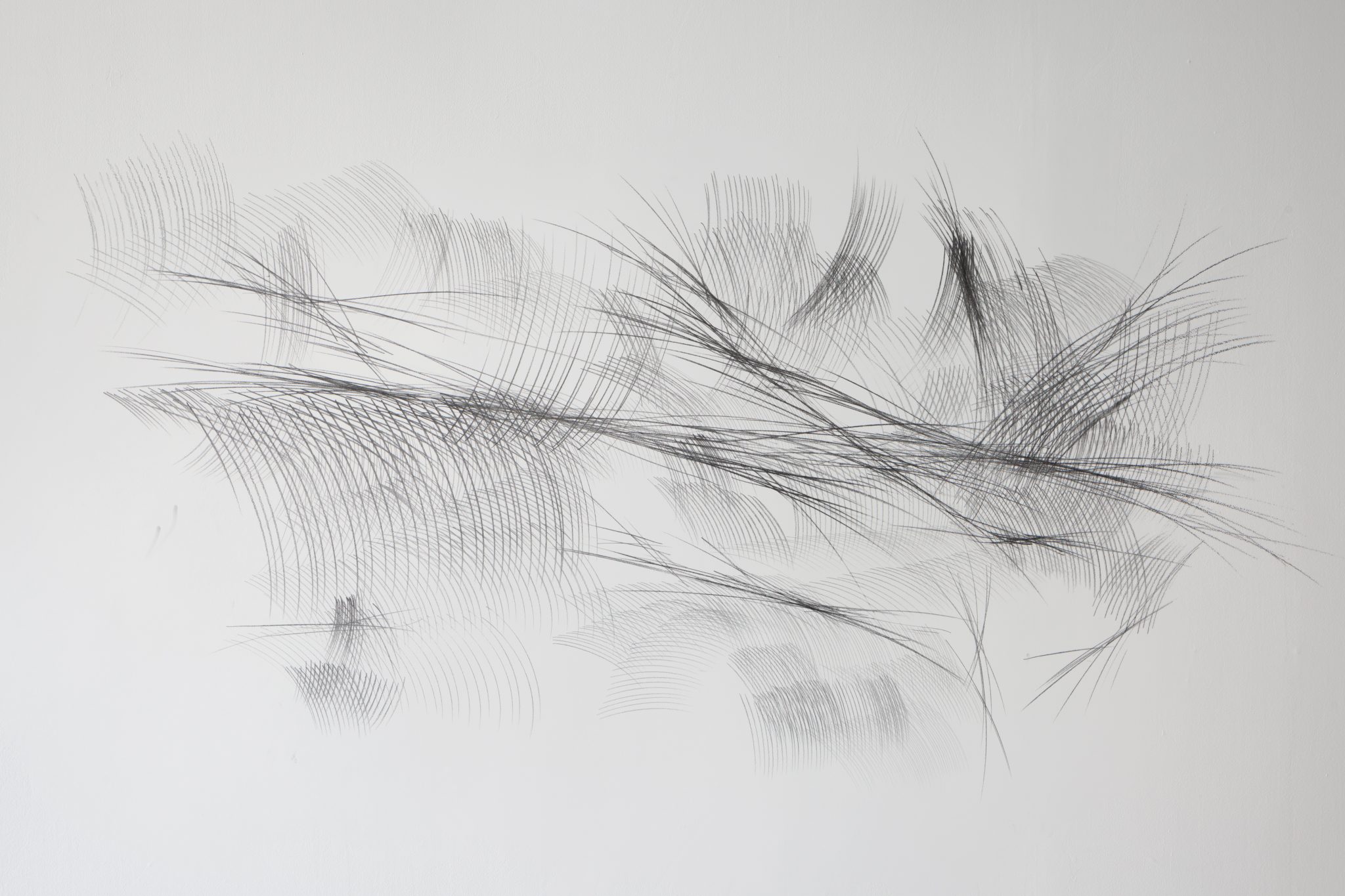 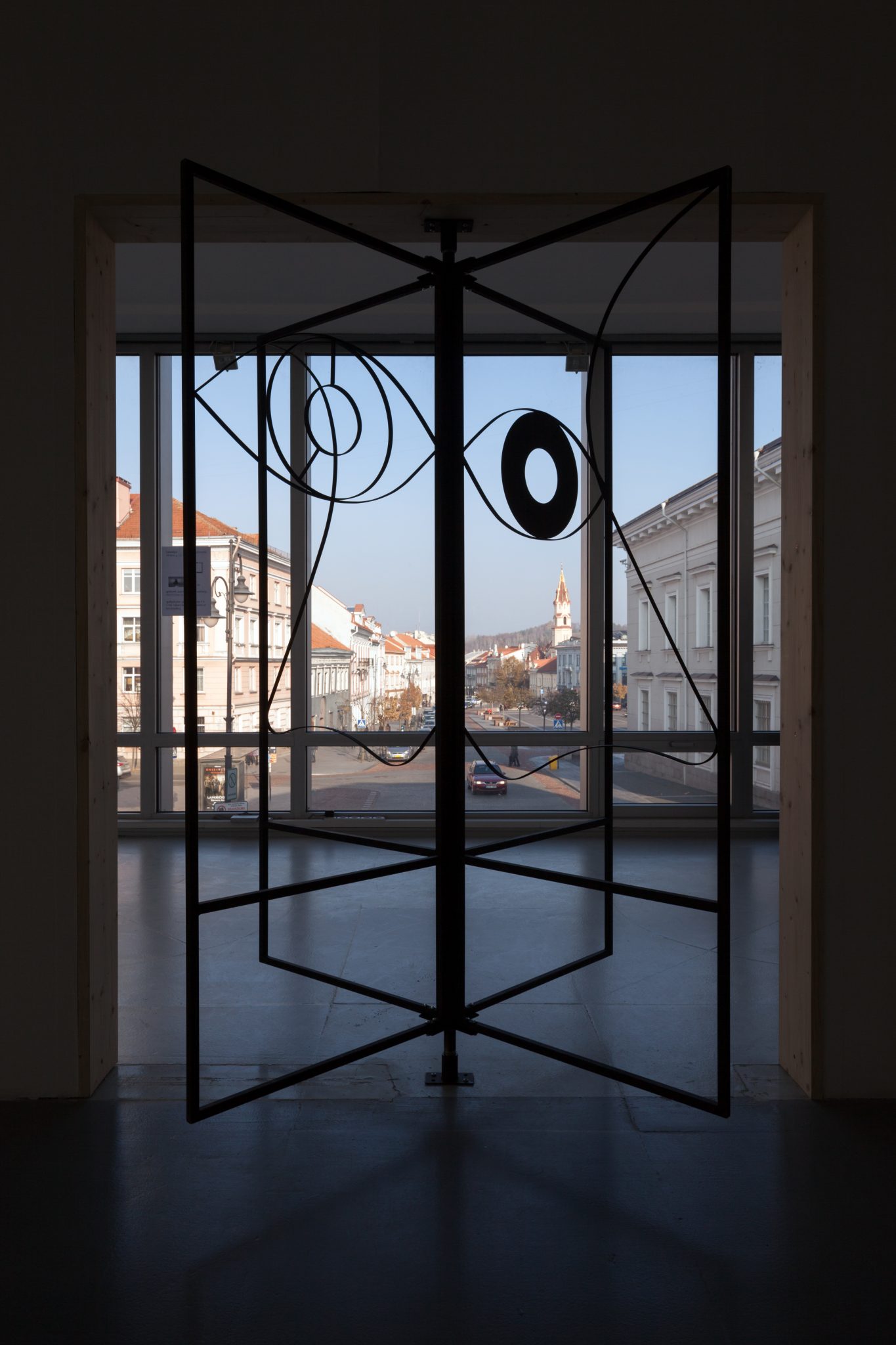 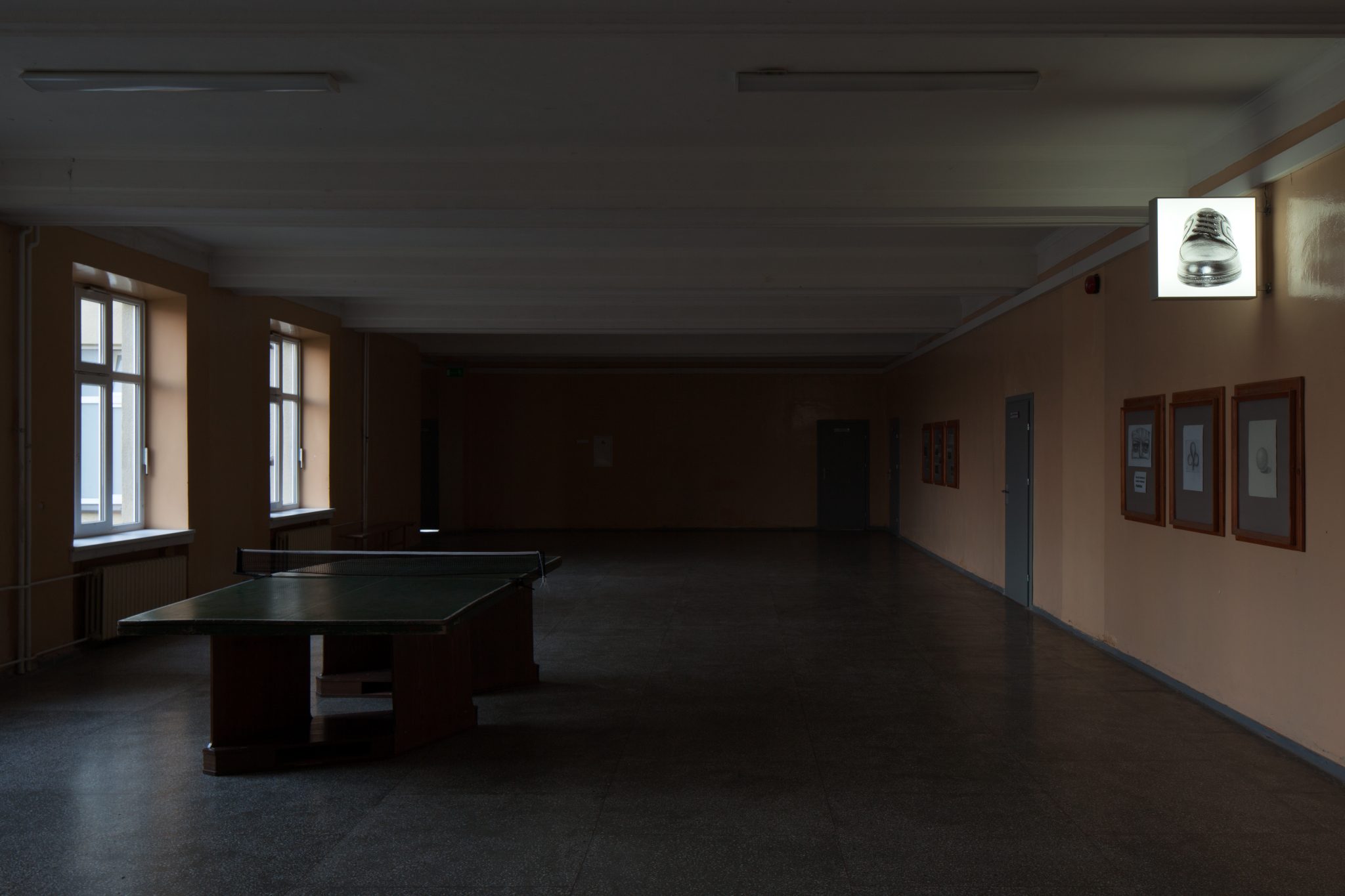 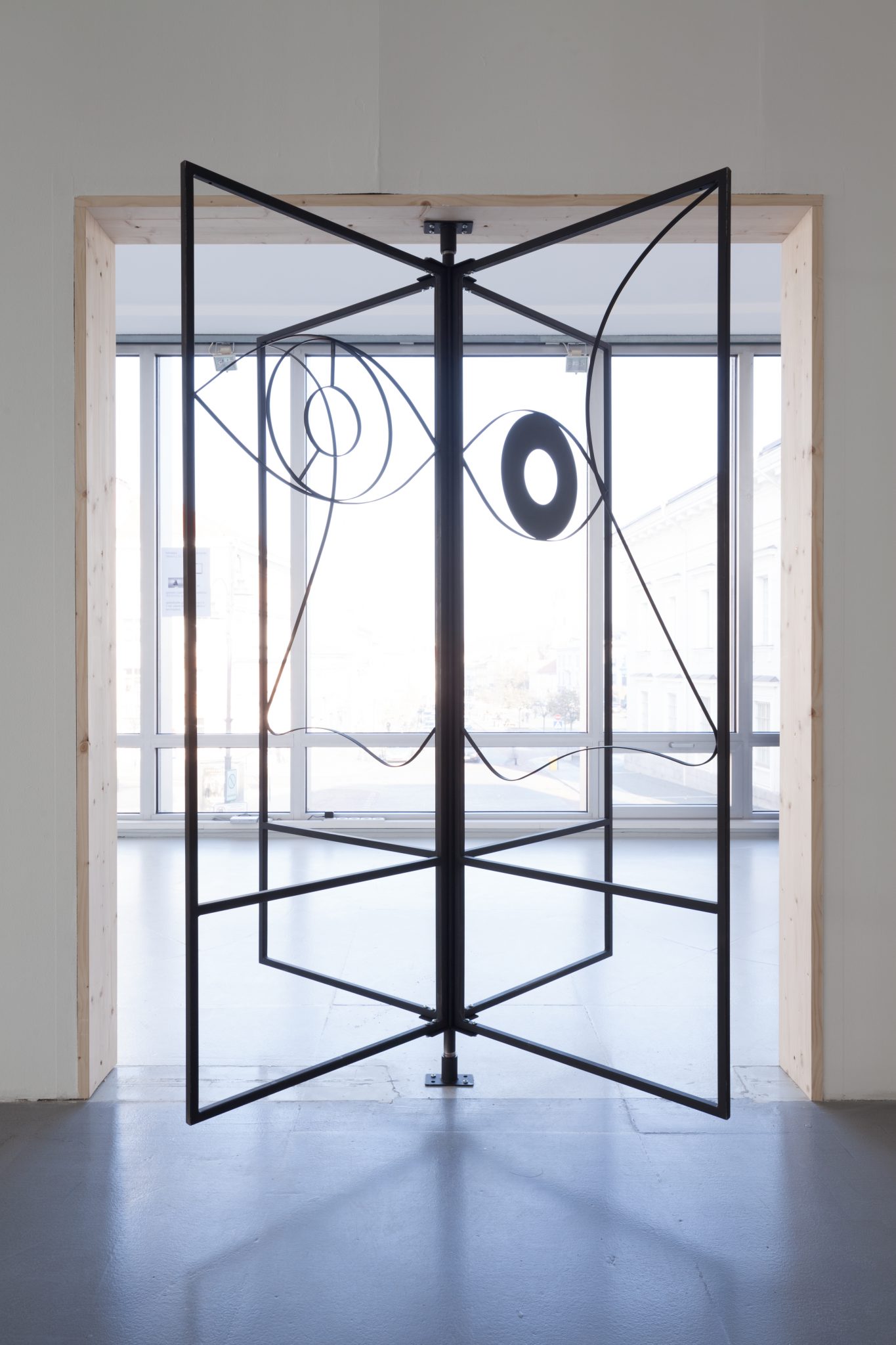 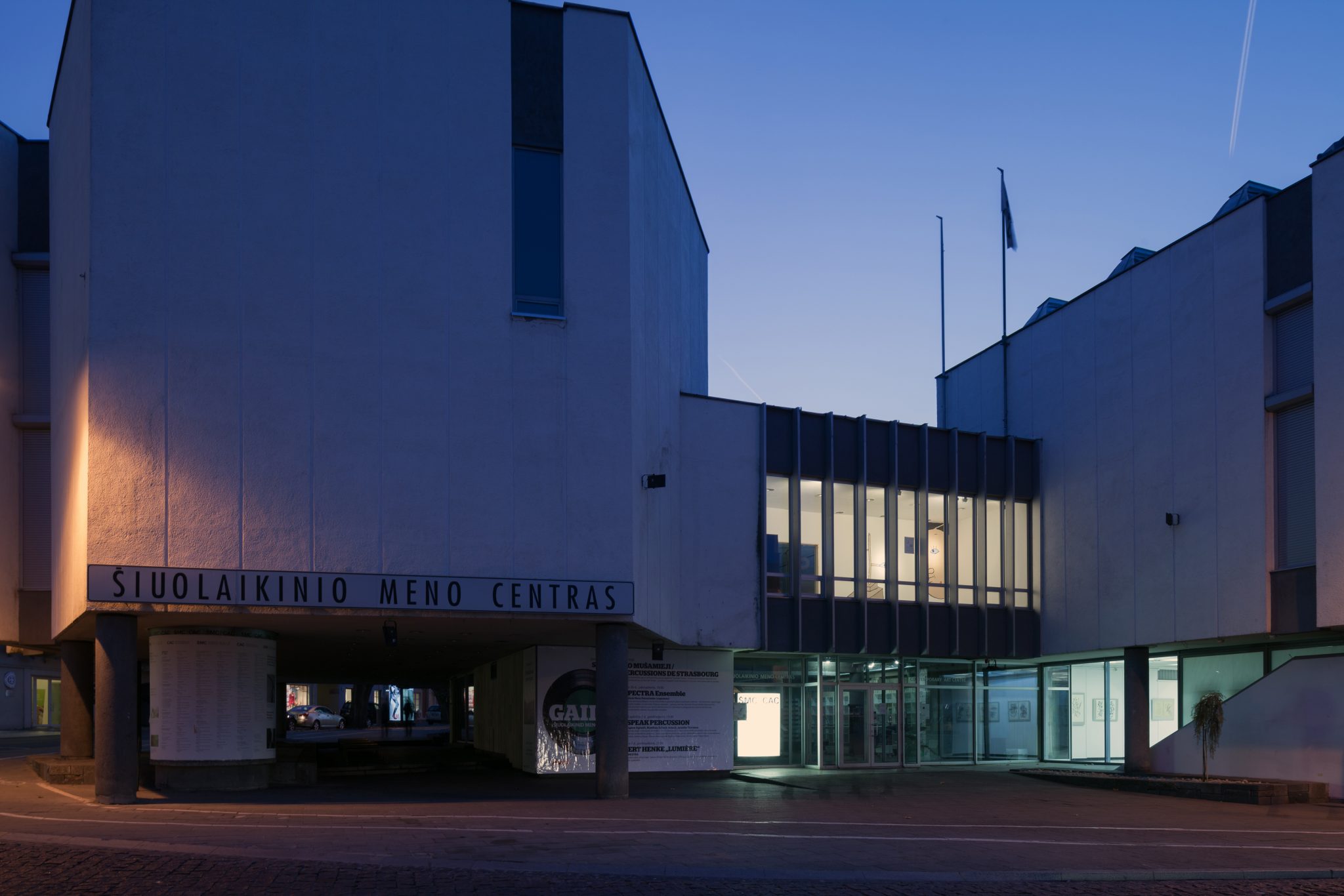 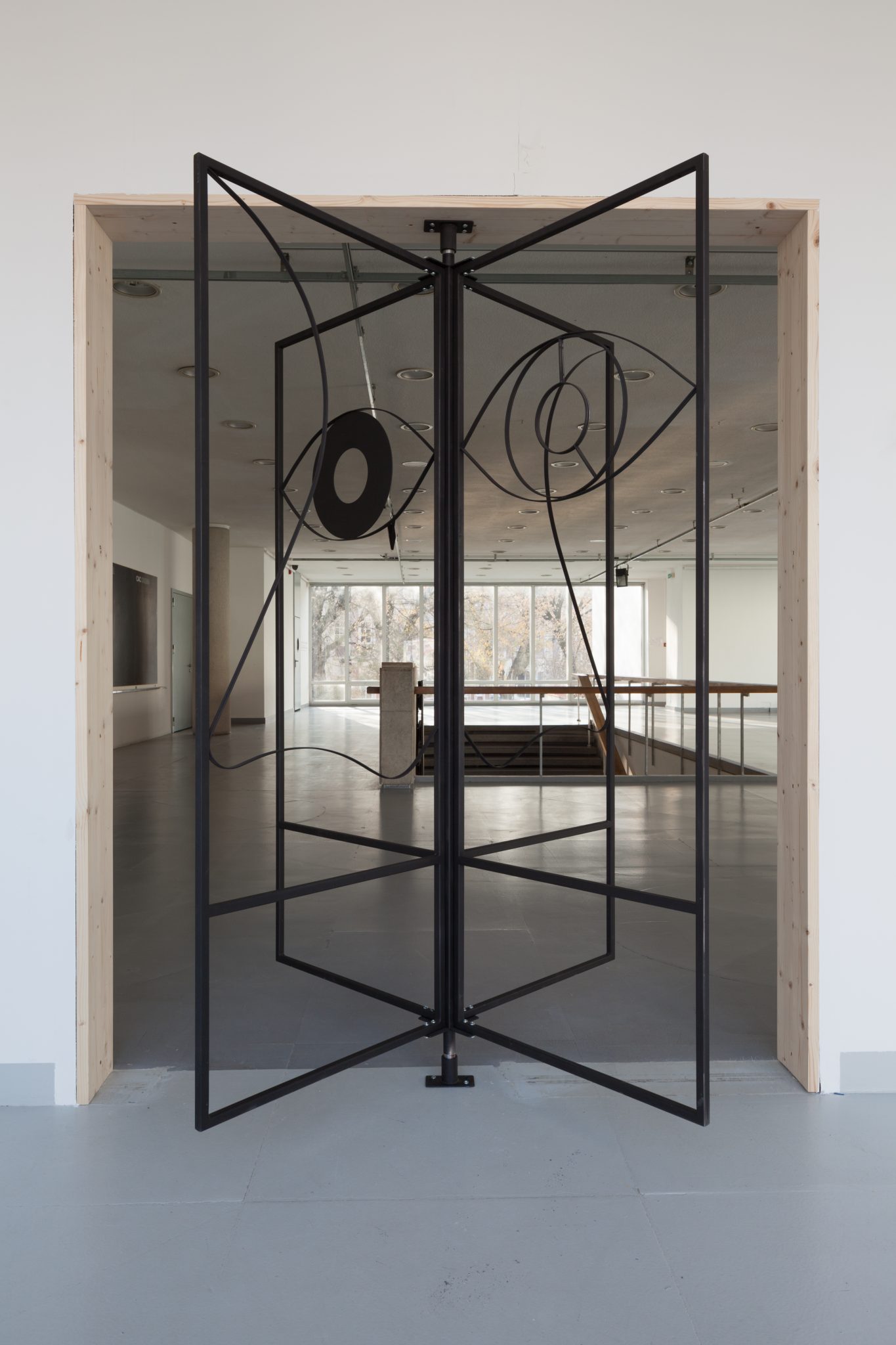 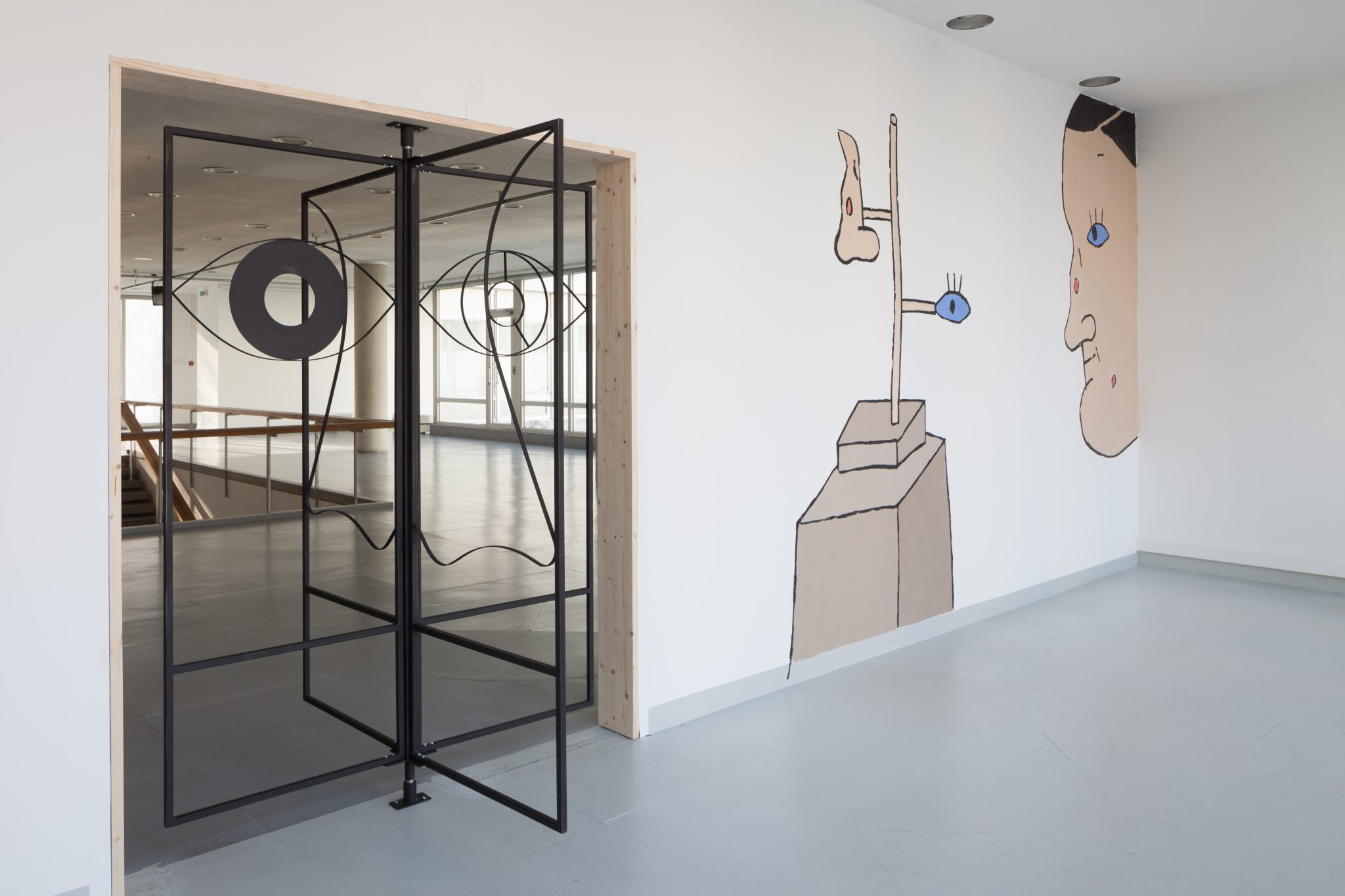 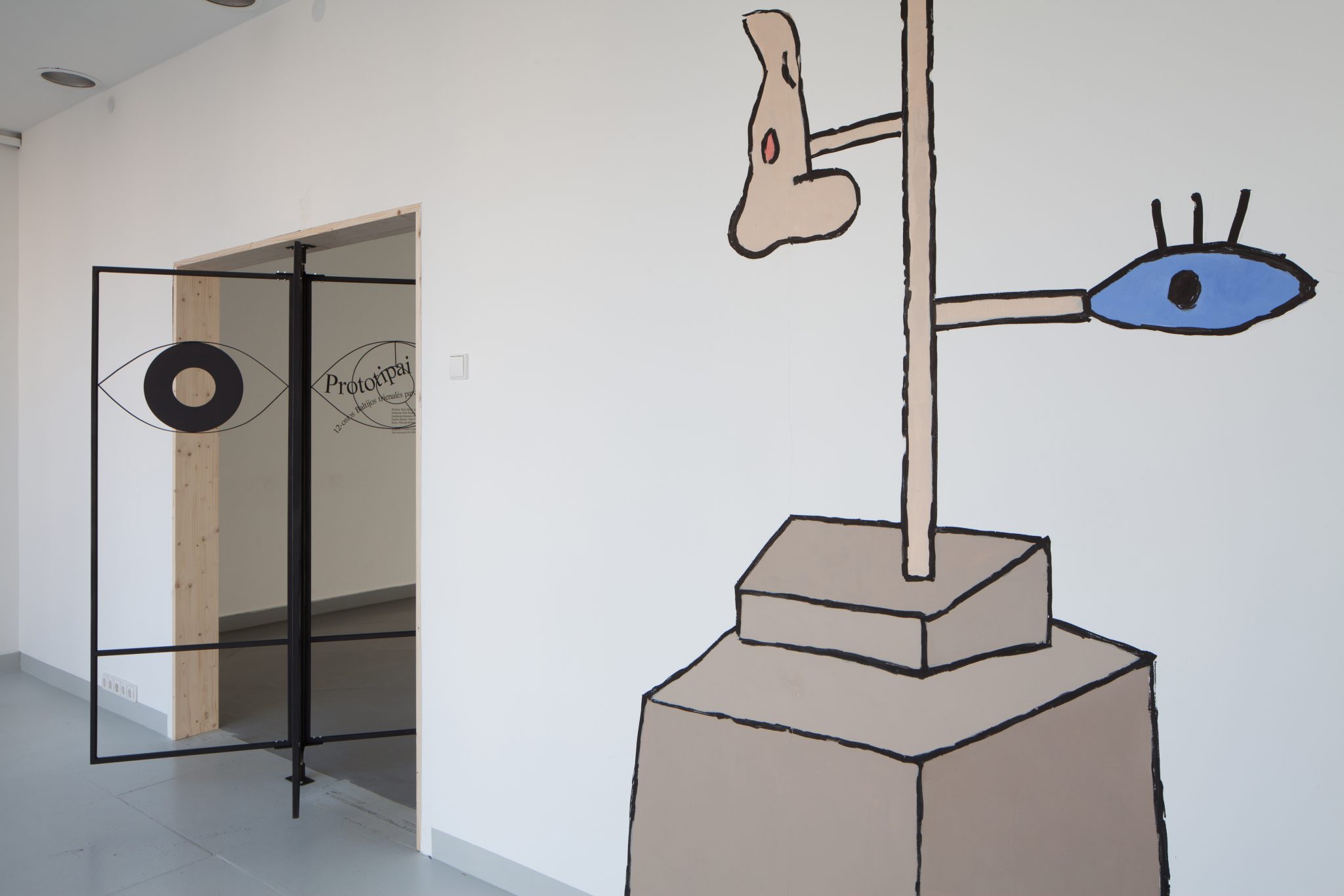 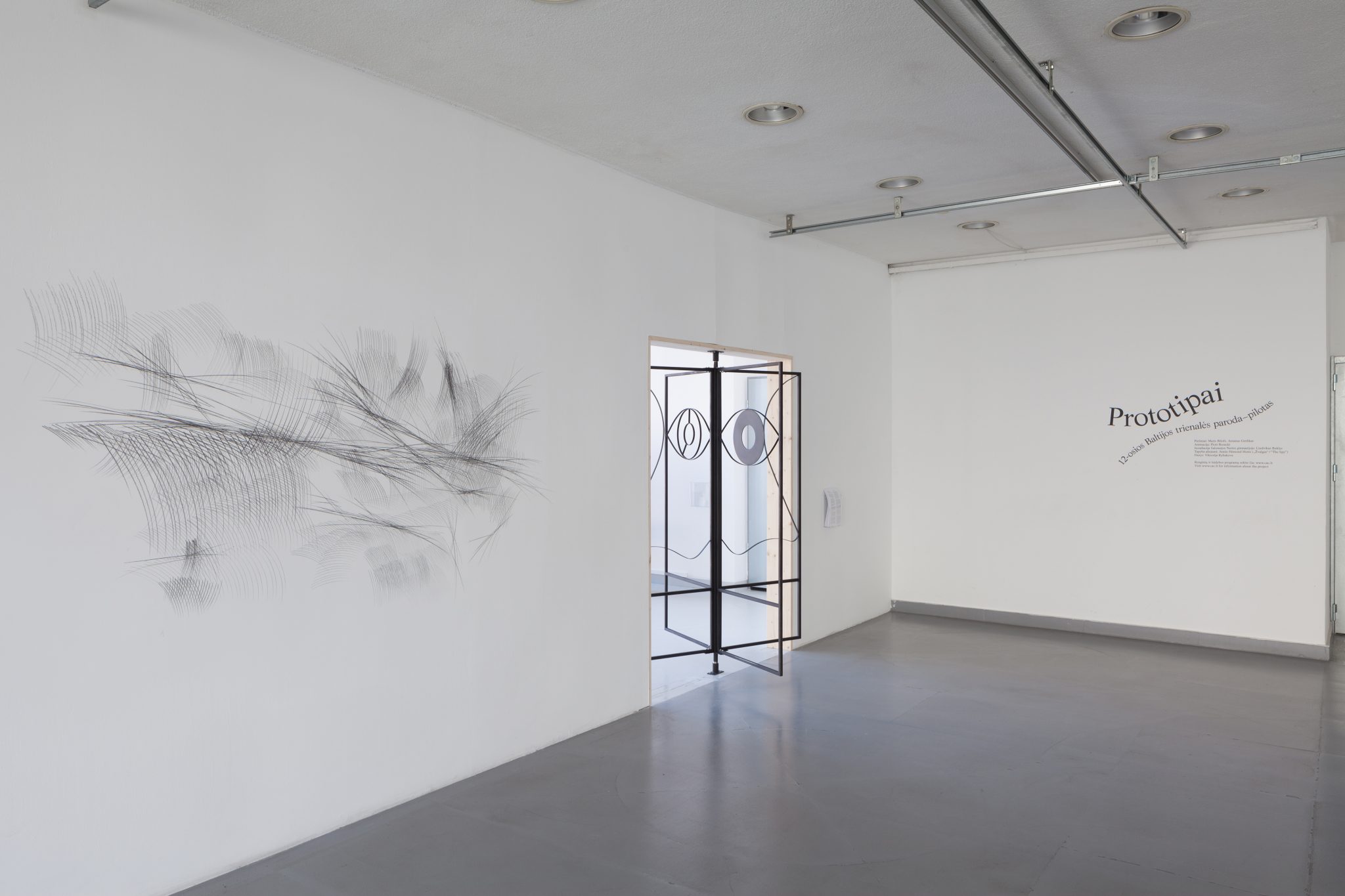 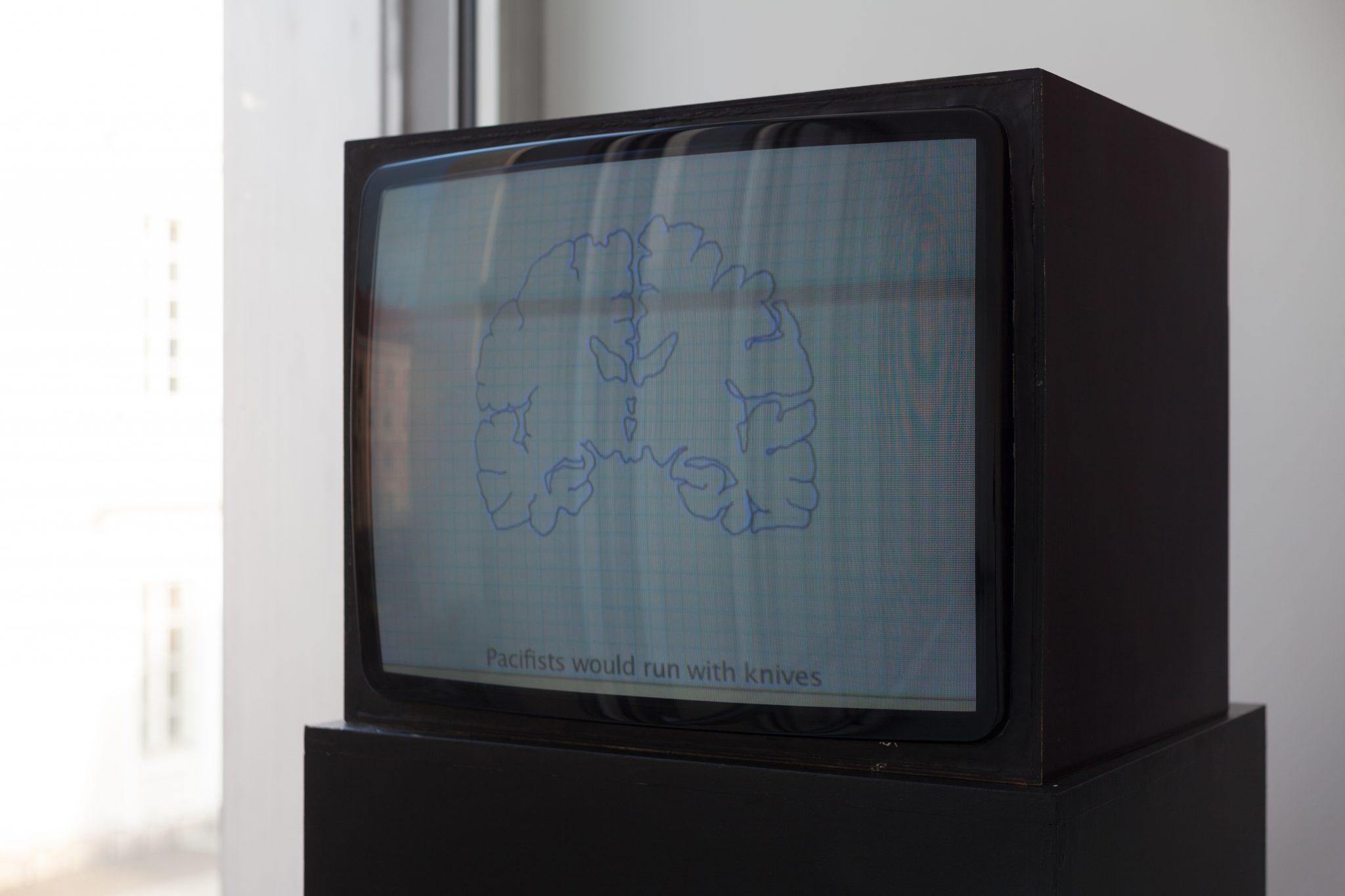