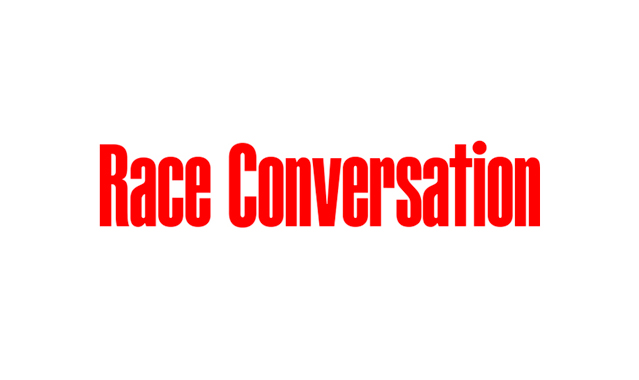 Race Conversation is a series of film screenings and other events organised by the Contemporary Art Center aiming to ask: How is the issue of race reflected in Lithuania? Why is talking about race so difficult in this country, as if we didn’t have the right language for that? Is it really true that race has no role in our everyday lives? And ultimately, why is it important at all – what are we losing by refusing to participate in a race conversation?

The project addresses the question of race in Lithuania as it emerges locally, and as it does not emerge at all, despite being able to offer useful perspectives. Race is not a common topic in Lithuania: the country is racially almost entirely homogenous, and encounters with people of colour are regarded primarily as part of travelling stories and emigration, not of everyday life. The cultural reality is not given much credit: filled with basketball matches and crime stories on TV as well as in music, it is rarely taken as sufficient proof of an ongoing conversation between cultures and races. Generation after generation, decade after decade, people have lived according to jazz and South African dance rhythms; and still, many insist that there is no need to talk about race, as it has no role in their personal lives.

There are at least two distinct poles or value systems currently operating in Lithuanian pop culture. Political correctness and historical awareness of racial oppression are becoming an increasing part of popular culture originating from the US and other Western countries; however, Eastern Europe keeps producing racist ads and music videos using tropes that are now unimaginable in the West, borrowing them from the “older days” and comedies, and claiming innocence. The two cultures exist side by side, often just one click apart, sometimes even in the same sentence; more often, they violently resist each other. Added to this mix are legacies of the Soviet ideology of “friendship of nations” and structural racism bred by its military structures; this is what remains of the idea of pure identity after it somehow survived through the 20th century in this particular corner of the world. Lithuania does not face the issue of race in the same way that the US, Western Europe, South Africa or New Zealand do, leading to vast grey zones and endless opportunities for misunderstandings. A cab driver in Vilnius declares to have nothing against black people, and then switches to making Soviet-era jokes about a widely mocked ethnicity in the North of the former Union, using an offensive slang term to refer to them. Simultaneously, youth culture is experiencing waves of fashion trends related to various aspects of black culture, from the ghetto-styled elevation of violence to street dance and twerking, without considering the mechanism of cultural appropriation, its history and implications. A graffiti appears on a wall of Vilnius Old Town overnight, with the artist deciding to use the lyrics from a hip-hop song and writing “real niggas never die”; but how do they, and why? One can say that there are many unanswered questions in Lithuania when it comes to race, but a large part of this is only due to the cultural inertia that stands in the way of establishing a vocabulary that would help addressing those questions. That same inertia makes people forget that they are part of a race themselves–the white race–thus leading to excluding themselves from the race conversation with people of other ethnicities: whiteness is still considered neutral, “invisible”.

One aim of this project is to discuss the local brand of racism that thrives in our local culture today, proposing some tools for its reflection. To paraphrase the film “A Film, Reclaimed” (2015) by Ana Vaz and Tristan Bera, we are hoping to help acknowledging racism as a real and relevant problem in Lithuania (“Slavery wasn’t a crisis for the British and American elites until abolitionism turned it into one,” the film claims; “Racial discrimination wasn’t a crisis until the civil rights movement turned it into one.”) Taking the lead of the film’s directors as well as that of other artist and thinkers, we insist being all implicated in this issue, and seek to explore the opportunities that a race conversation could bring.

The project links the legacy of the race discourse in the Soviet domain and the contemporary cultural domain in Lithuania, putting emphasis on popular culture and artistic production as well as the efforts that various artists, academics and human rights activists have put into defining questions of race, creating a language to speak about it, and raising awareness of it internationally.

The project is supported by the Lithuanian Council for Culture

More about the events:

A screening of Nevermore, a new film by Gerda Paliušytė

Film screening and discussion at the CAC Cinema