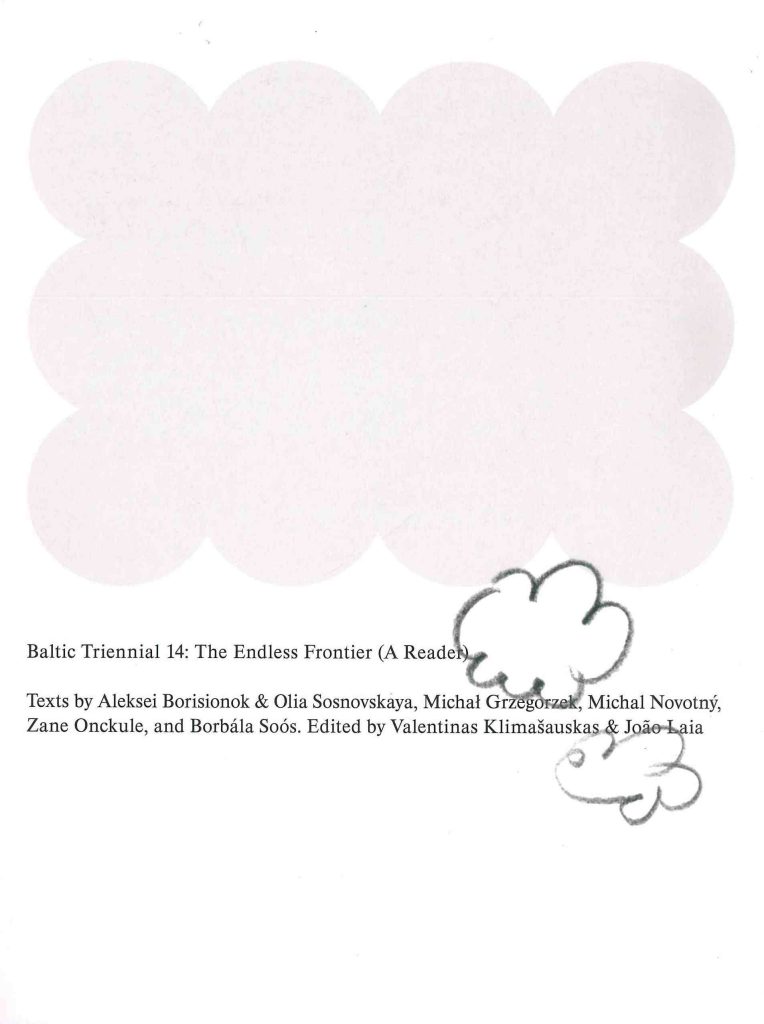 BT14 focused on the geopolitical territory of Central and Eastern Europe, premised on the conviction that in a paradoxical time of fragmented integration, addressing the local is, simultaneously, to question the global. This reader contains a number of texts touching upon the definitions, histories, potentials, and futures of the region which is understood as having a composite, porous constitution and transnational connections.

The region’s gravitational pull is further highlighted by the introduction or anticipation of numerous tensions, such as disinformation, human-made industrial disasters, nativist nationalism, and the oppression of non-normative identities.

Staged before the eruption of Russia’s invasion of Ukraine in February 2022, the Triennial took its title from Vannevar Bush via Eglė Rindzevičiūtė’s essay on cultural wars – Transforming Cultural Policy in Eastern Europe: The Endless Frontier (2021).

In addition to the texts, this reader includes photo documentation and information from exhibitions and events that were presented across the city of Vilnius: at the Contemporary Art Centre, Atletika, Autarkia, Editorial, Lithuanian Artists’ Association, Rupert (hosted by Tech Arts) and Swallow.