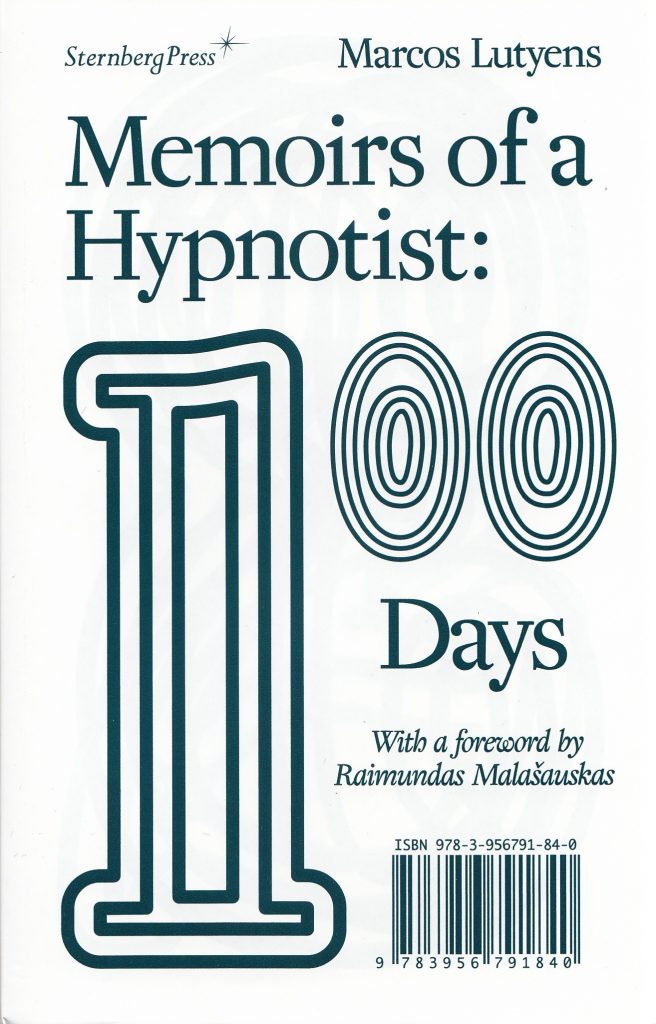 When he first arrived in Kassel from Los Angeles in the summer of 2012, Marcos Lutyens knew little about the 340 hypnotic sessions that he would carry out with the audience of dOCUMENTA (13) during the upcoming 100 days. Nor did he know that he would write a book entitled, “Memoirs of a Hypnotist: 100 Days” – an intimate and hardly qualifiable document. The artist’s account takes place within the Reflection Room in Kassel’s Karlsauepark, in the most involved installment of “Hypnotic Show”: “an exhibition that only exists in the mind of the audience”, according to Lutyen’s collaborator Raimundas Malašauskas. Lutyens brings together all kinds of improbable experiences of his visitors and research into theories of cognition and neurological activity. His book is an exploration of the varying states of consciousness and a positioning of de-material and deeply collaborative, contingent work within the current thinking of art.

One of the publications of the XII Baltic Triennial